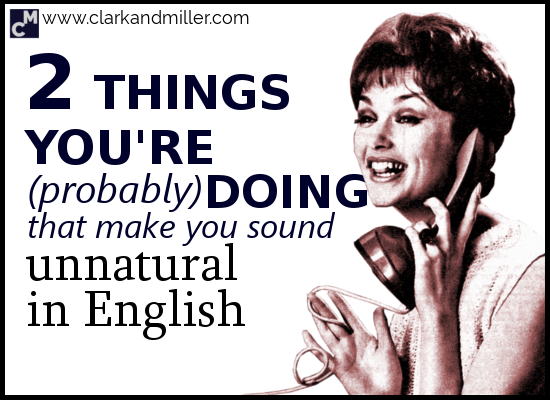 I’m guessing that sometime between when you started learning English and now, you noticed something important:

Learning a language is about more than just the grammar and vocabulary, right?

You need to sound more “natural.”

OK. Here’s where I step in. (Warning: there will be giraffes.)

Today, I’m going to give you two simple little hacks that can make you sound more natural in English. They’ll also make your English more efficient.

Both of these hacks start from the same piece of advice:

Repetition is (usually) not your friend.

But first I want to tell you a story about Ranjit, Karen and the traffic cone:

We’ll come back to this story at the end of the post, but first, let’s look at the simple ways we can stop repeating ourselves!

1. Are you repeating verbs?

Instead of repeating a verb (or a verb phrase), you can replace it with the auxiliary verb.

In any sentence with a verb in it, the auxiliary is between the subject and the verb.

Usually you can see it:

I can see him!

Sometimes you can’t see it, but it’s there:

The easy way to find the auxiliary? Just use the question form — it’ll be the first word of the question:

Is he eating giraffe soup again?

Can you see him?

Do you live here?

Have they even looked at the report?

Did she meet him at an elephant factory?

You can do this within the same sentence: 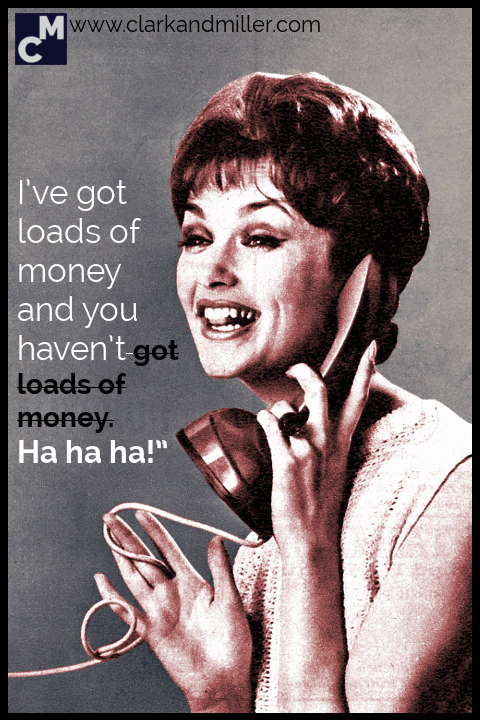 …in the context of a conversation: 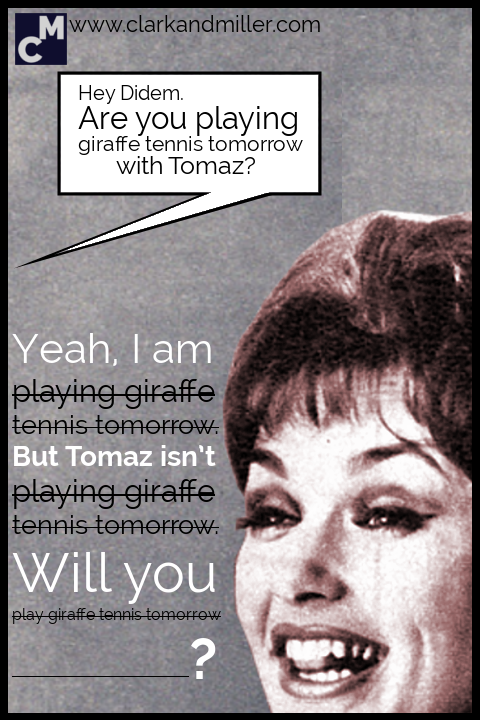 And you can also do it in an answer: 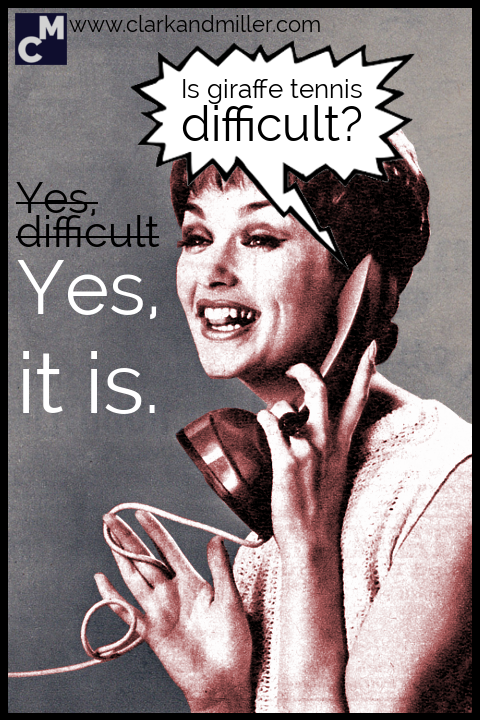 Much cleaner (and more natural), isn’t it?

Using the auxiliary like this may seem very simple, but that’s the beauty of it. We can remove sooooo many words and still understand what’s happening.

Here’s an example of one of my least favourite people in history using it rather well:

“Being powerful is like being a lady. If you have to tell people you are, you aren’t.”

And here’s a little video of me having a very natural conversation using almost only auxiliaries:

2. Are you repeating nouns?

Nouns are actually a little trickier than verbs because there are different kinds of nouns.

But this is a bit of a boring, technical way of looking at it.

So let’s imagine a situation:

Alec and Tina are working on a massive project. They need lots of things to make the project work.

So here they are working on the project: 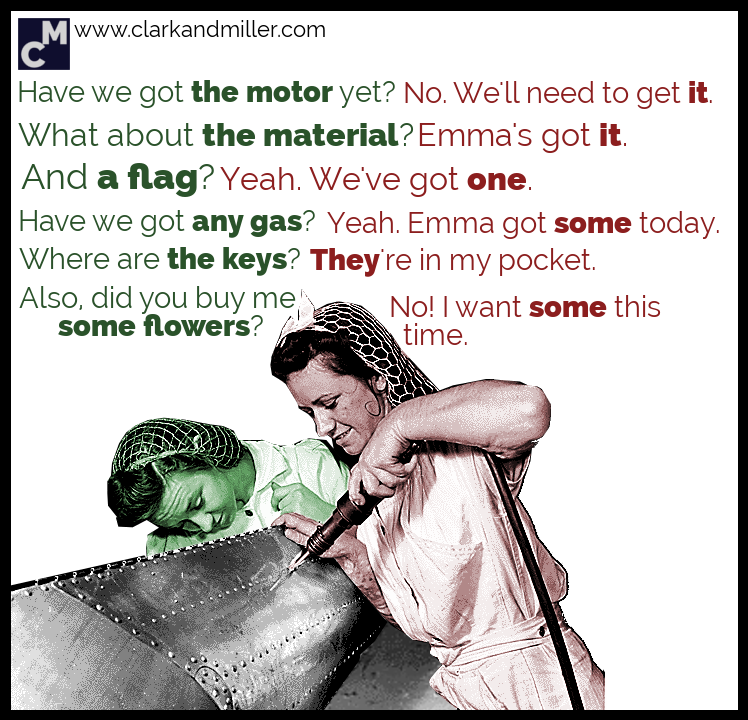 For the more technically minded, here are the rules in table form:

I know this is, in a way, quite simple stuff.

But as I said, I regularly hear advanced English learners make these kinds of mistakes.

So, remember this paragraph from the beginning of the post?

Can you fix it?

Make Karen’s story more natural! Write your answer in the comments. I’d love to see how you do.