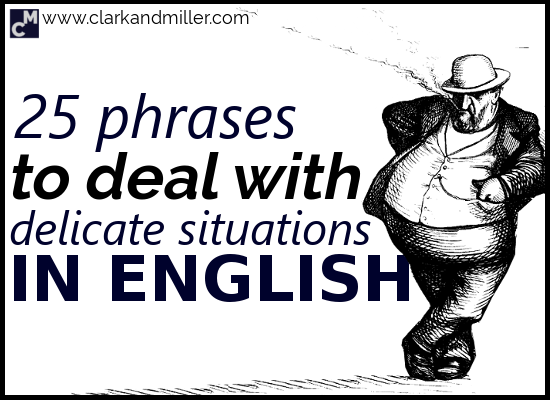 Euphemisms are words (or phrases) we can use to talk about negative stuff without sounding too negative.

We use them because we don’t want to use a particular negative word or phrase.

They make people feel better, and that means we offend people less. 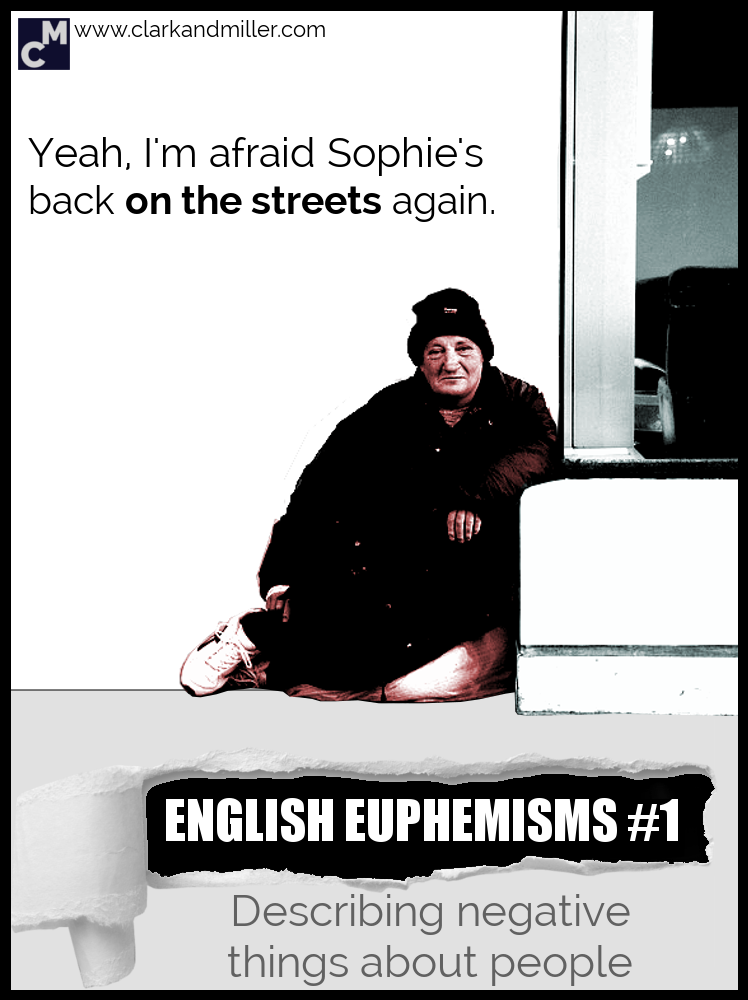 You know this situation. You’re talking about someone you know.

And you basically want to talk about how stupid they are. Or how fat. Or how short.

But you don’t want to be rude, right?

*These phrases are a little light and funny.

Euphemisms about getting fired 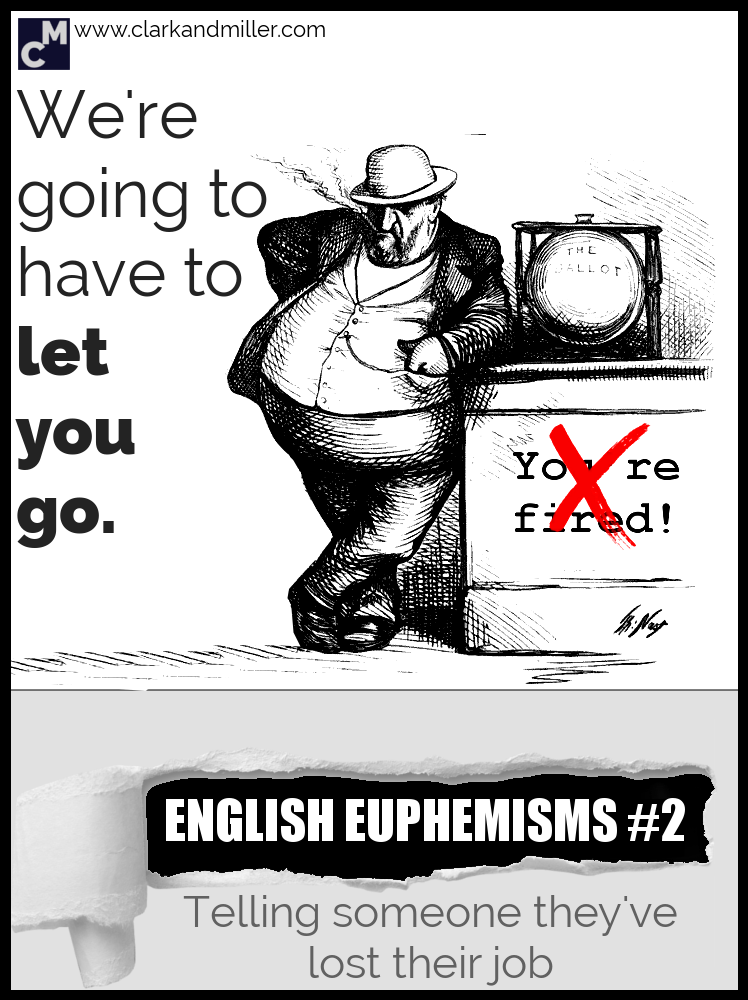 These are phrases that you wouldn’t like to say, and that you’d hate to hear even more.

They all mean “You’re fired” or “You’ve lost your job. Now go away.” 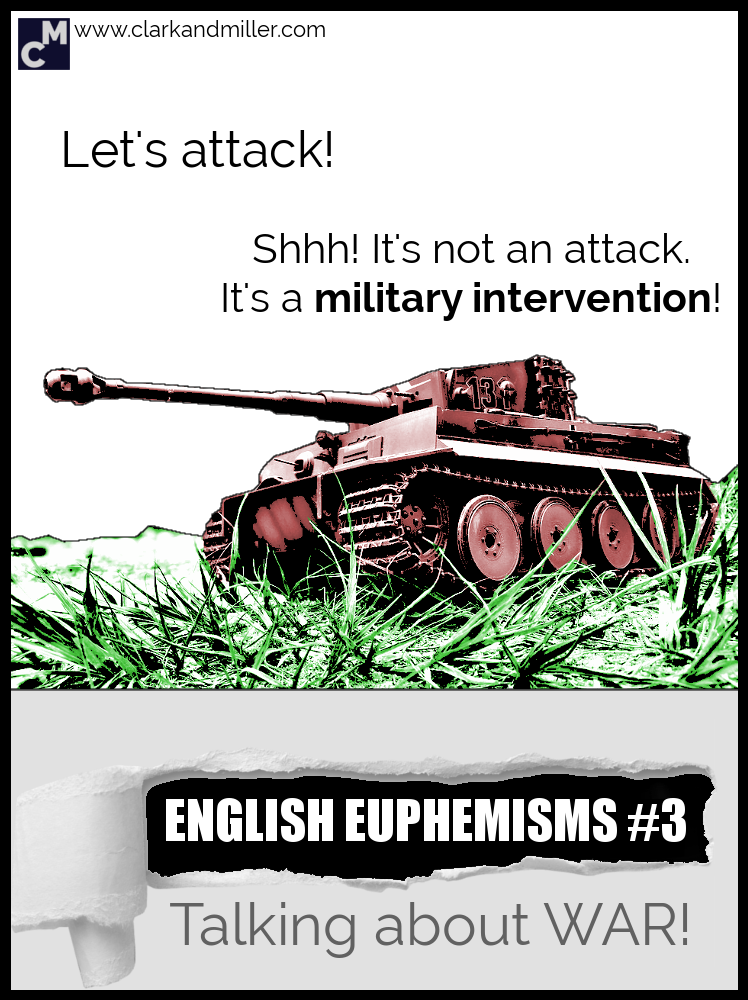 War — a big topic for an English language blog, right?

It’s a horrible and traumatic thing, and very difficult to talk about.

I think those are the two main reasons we have so many euphemisms for war. People don’t like talking about the difficult reality, but also governments prefer to use “softer” words to make their decisions sound less violent.

If you read any English language newspaper and turn to an article about war, you’ll find some of these military euphemisms: 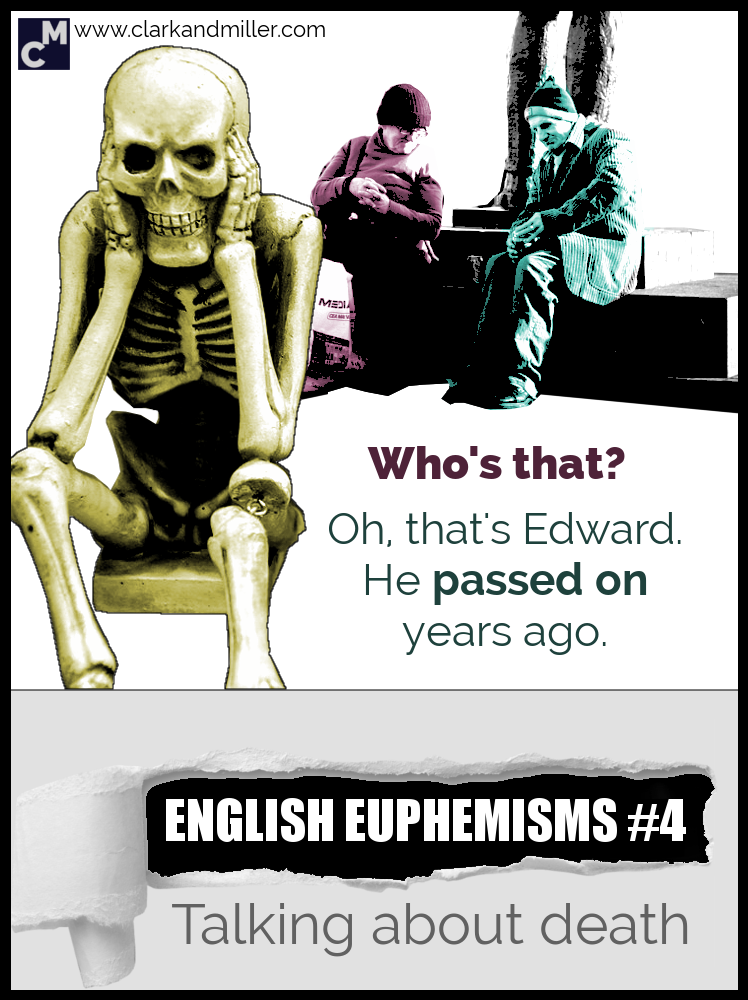 It’s always a difficult subject to talk about, so it’s no surprise that we have some euphemisms to talk about death.

Here are the most common ones. All of these mean “she’s died.” 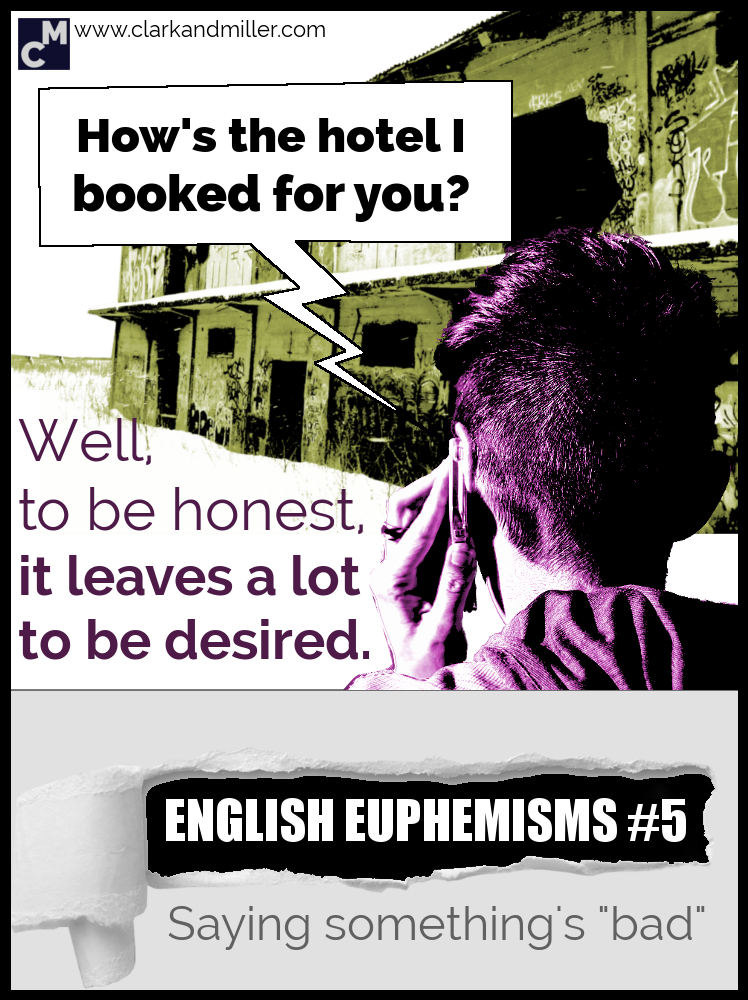 It’s good to have lots of different ways of saying “bad,” right?

For example, there are some adjectives that make “bad” even more direct, like “awful,” “terrible,” “horrible,” etc.

But what if you want to make it more polite and less direct?

OK. You can now use these euphemisms to sound less direct, and more polite and diplomatic.

You can also understand more of what on earth they’re talking about on the news.

So here are three sentences — can you make them less direct and more polite?

Write your answers in the comments!

Did you enjoy this post? Do you know anyone else who’ll find it useful?

Please BE AWESOME AND SHARE IT, and let’s spread the knowledge!