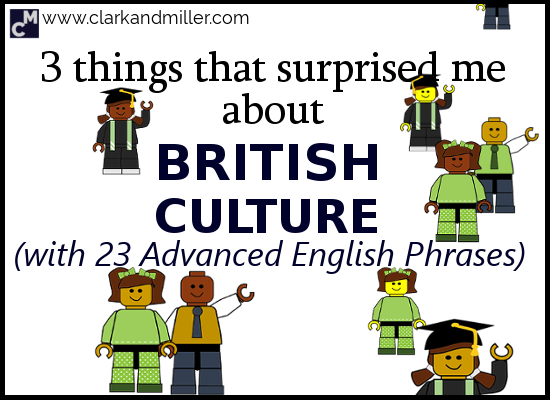 It’s amazing how much your own culture can amaze you.

Have you ever felt that way?

You’re away from your own town, county or country for a while, and then you get back and you think you know what to expect. It is your own culture, right?

I’m writing this from the comfort of my parents’ home in England. I’ve lived outside the UK for 13 years, and this is my first visit back to England in two years.

When I arrived in the UK, three things about British society took me by surprise because I’d completely forgotten about them.

So here is my account of the three things I noticed between the airport in Birmingham (the UK’s second-largest city) and Frome (the lovely town where my parents live).

Surprise #1 — the UK Is Incredibly Multicultural and Ethnically Diverse 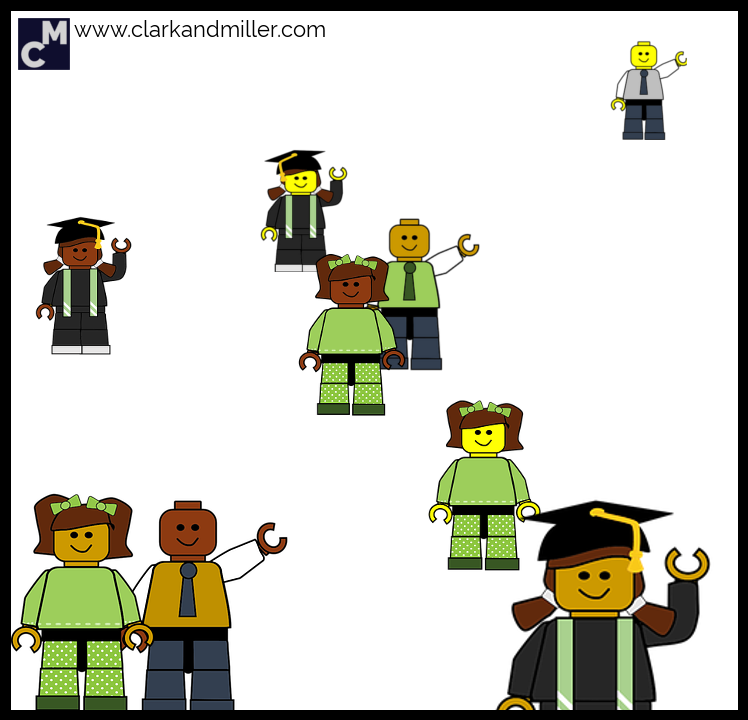 We had to wait in Birmingham for a couple of hours for our train to Frome. We went out to grab a bite to eat and have a sit-down.

Then we were reminded just how multicultural Britain is.

We ended up eating Mexican food at a place run by Bengalis that served both halal beef and beer.

I guess the image that summed up the beautiful diversity of the country was when we saw a stall of pious Muslim guys promoting their religion, and two steps away a shirtless African drummer loudly drumming out an awesome rhythm with an ear-to-ear grin on his face.

Two very different sides of human life side-by-side — the devout and the carefree, the reserved and the uninhibited. 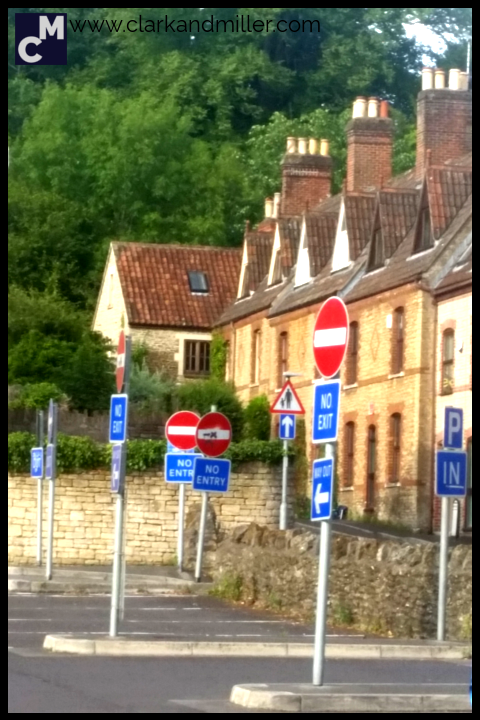 One thing that jumped out at us was just how institutionalised the UK is.

Britain is famous for its signs — and there are signs everywhere. Here’s one: 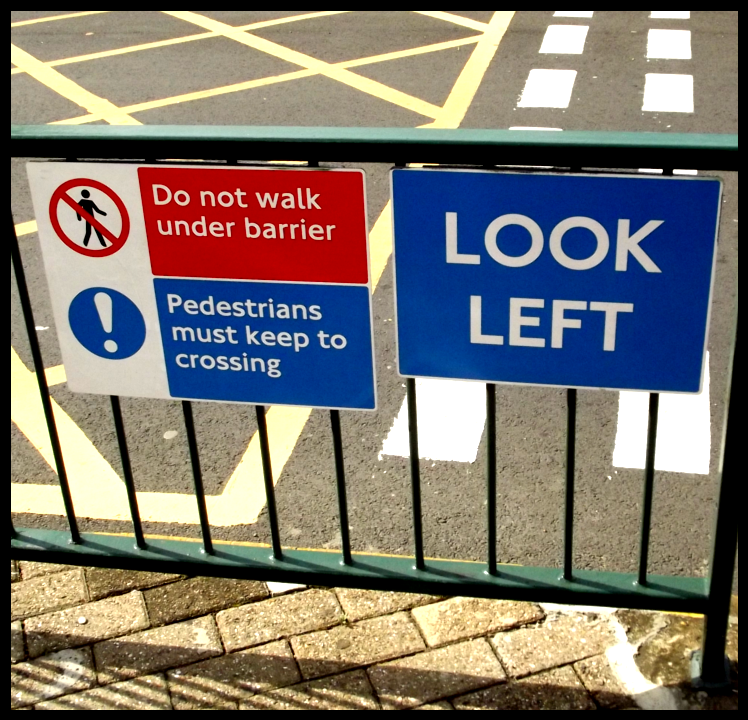 “Golders Green Bus and Underground Station” by Elliott Brown is licensed under CC BY 2.0 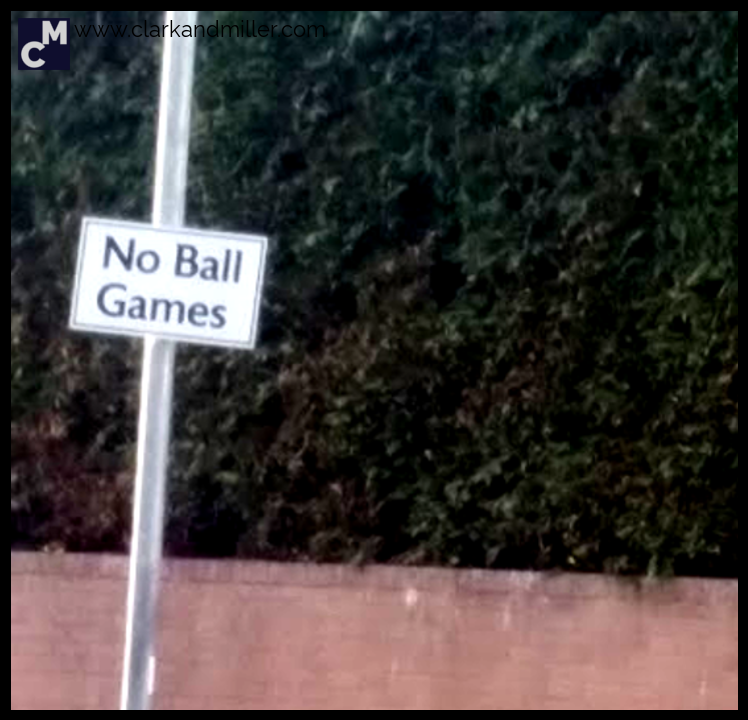 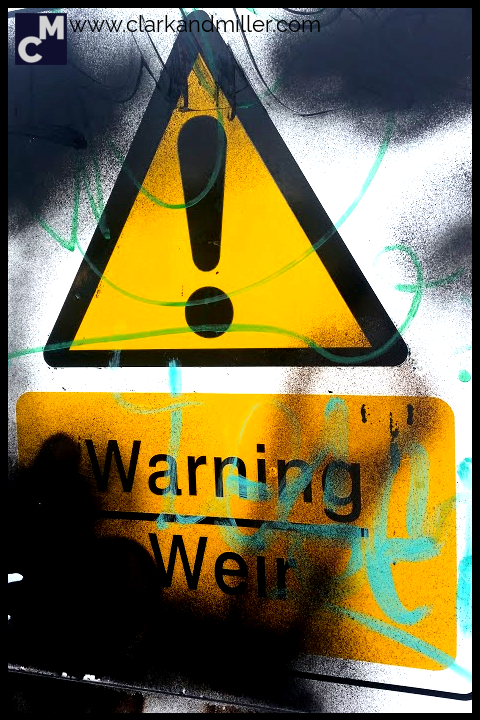 You get the idea. They’re all over the place!

This one was in a public toilet — really:

Seriously? I have to rush this?

There was also a creepy recorded voice telling me to be quick as well or face a fine.

Wherever we were, we were surrounded by chain stores and brand names. Everything around us felt like it was owned by distant billionaires in expensive suits. Possibly burning money for fun and laughing maniacally while stroking a globe. That’s their sort of thing, right?

It was like the country was just a place for us to walk around in, but not participate in.

Finally, in the train station and on the train, there were constant announcements telling us to make sure we had our tickets handy or to keep an eye out for dodgy characters (yeah, really, like in a dystopian future film), or not to leave baggage unattended.

There was no way they were just going to let us sit back and enjoy the journey. They wanted us to be on our toes every step of the way.

Although, on the bright side, Bristol station is stunning: 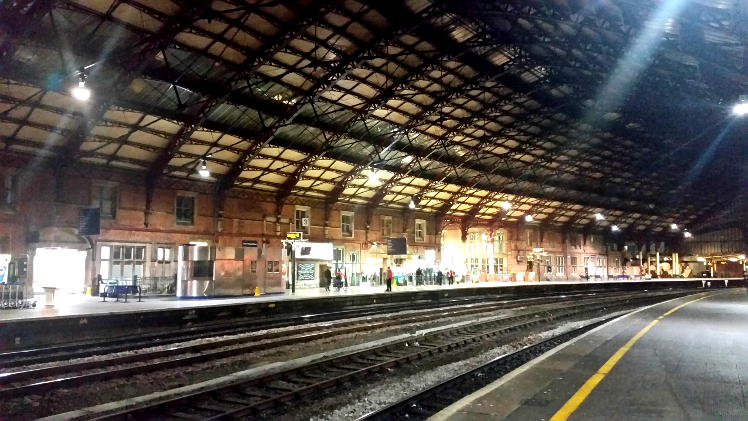 Surprise #3 — British Drunk People Can Be REALLY Loud… and Kind of Scary. For a Bit.

When most people think of “British people,” they may have something like this in mind: 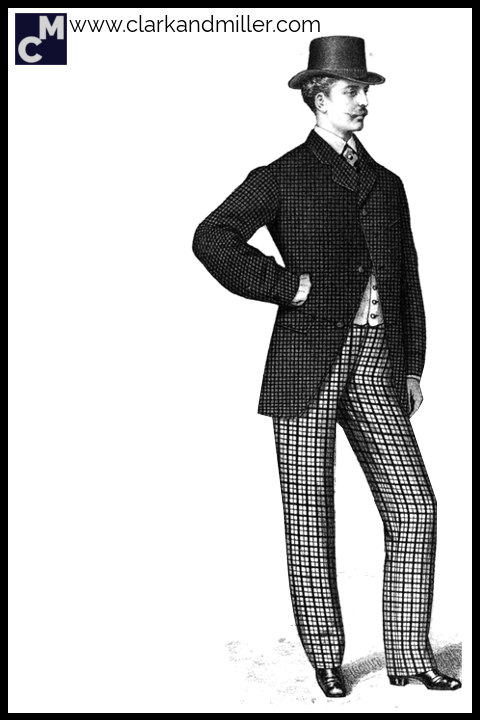 But there are a lot of very different kinds of people around.

On our way to my parents’ house, we took a train from Bristol to Frome. We were sharing the carriage with a bunch of inebriated lads taking the last train home after a night on the town.

We’d forgotten quite how rowdy people like this could get.

However, if you find yourself trapped in an enclosed space with drunk Brits, don’t worry. Their bark is worse than their bite and there’s (usually) no need to feel intimidated.

They were just a bunch of guys letting off steam and having a bit of a laugh.

It’s amazing how your own culture can surprise you and how easy it is to forget what makes up the society that you’re still a part of.

OK. So I hope you enjoyed reading this as much as I enjoyed sharing it with you. I’m afraid there are no giraffes playing tennis or killer rabbits in this series of posts, but they’ll be back in August!

Meanwhile, take a look at the phrases in bold and see if you can figure out what they mean.

And let me know in the comments!

(If you want to cheat, you can get the full definition of these words and phrases by clicking here.)

grab a bite to eat – have some food

devout – like pious, someone who follows their religion closely

carefree – not worrying about anything

uninhibited – the opposite of reserved: extroverted and not caring about what people think about you

jumped out at us – caught our attention very suddenly

all over the place – absolutely everywhere

Talk about Big Brother! – OK. This one has 2 parts. We say “talk about…” when we want to draw attention to how extreme something is. For example, you’re walking somewhere with your friend. It’s ridiculously hot — like, 45 degrees. You turn to your friend and say “talk about hot.”

“Big Brother” is a character in the book Nineteen Eighty-Four by George Orwell (I wrote about him here) about a government that watches everyone all the time. We now use this phrase to describe situations when we feel that the government is watching us too closely. Like with alarms in the toilet!

laughing maniacally – laughing like a crazy person. A maniac! 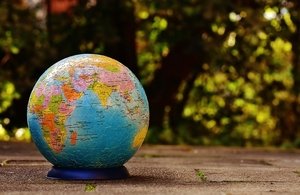 we had our tickets handy – We had our tickets somewhere we could get them easily. Another example? You want to make sure you have your passport handy when you’re going through immigration at the airport.

“Dodgy” is a very British word that means “untrustworthy” or “dangerous.” We can use it for people and places.

a bunch of inebriated lads – “Inebriated” means very, very drunk. A “lad” is another word for young man.

a night on the town – This means a night out going to pubs, bars and clubs. And very probably drinking too much.

rowdy – noisy, full of energy and behaving a bit like a messy gang

their bark is worse than their bite – This idiom means that they aren’t as dangerous as they seem.

letting off steam – getting rid of negative energy and stress. Personally I like to go to the gym to let off steam. The guys on the train liked to drink more beer than may humanly be possible.

having a bit of a laugh – having fun!