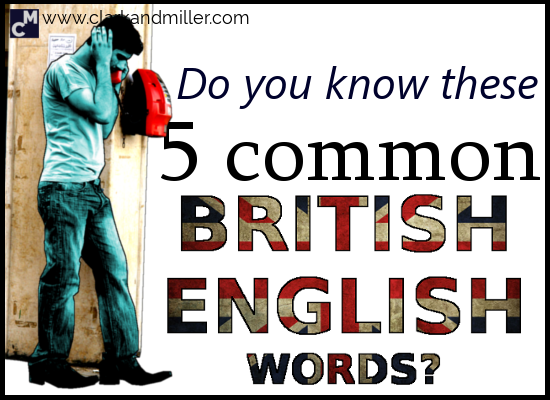 Why does it happen?

It happens all the time — I see it with so many students.

Perhaps it’s happened to you.

You feel that you can deal with ANY situation in English.

Then you go to the UK to show off your awesome English skills.

All that work was useful, and you’re actually now ready to deal with formal and business situations without too much pain.

But for “real life” situations, you need more.

The English we use in the classroom is very different from the English we use at home, in the street, at the pub or when we’re arguing about the new Star Wars films. (Which are excellent — there should be no argument about these films.)

So how to understand “real” British English?

There are a few things here. You need to improve your listening skills through lots of practice.

But you also need phrases and vocabulary. Grammar won’t help you here (much).

So here are 5 common British English words that some random British guy might suddenly say to you. Be prepared for it!

But there’s more to this. Read on!

One of my students has just moved to the UK to start a new life there.

Since he’s moved there, the Skype lessons we do have become even more interesting, as he’s telling me all sorts of weird British English phrases he’s learning and different cultural discoveries he’s making.

And he told me something interesting about the word “mate.”

While he was in Italy, he was talking on the phone to a guy in England who was helping him organise his work in the UK.

My student noticed that during the first few phone calls, the guy was quite formal and distant.

Then as they got to know each other a little, a few phone conversations later, he started relaxing.

Then, after that point, he finished the conversations with the words “thanks, mate” or “cheers, mate” (more on “cheers” later).

That’s because “mate” is a signal.

Remember that language is more than just about making yourself understood.

When we use the word “mate,” it’s like we’re saying, “I’ve started to feel comfortable with you, and I think you’re a nice person now. Here’s the signal.”

And the signal is “mate.”

It’s important to know that this is quite informal, so don’t use it when you’re hanging out with the queen of Sweden.

This one has three uses:

OK. Let’s go through the different meanings one by one.

The meaning actually changes based on what you’re referring to.

You can use it to talk about a person.

When you describe someone as “dodgy,” it basically means that you don’t trust them and that they may have a knife in their pocket or connections to the mafia. Or they’re about to sell you a useless second-hand car. 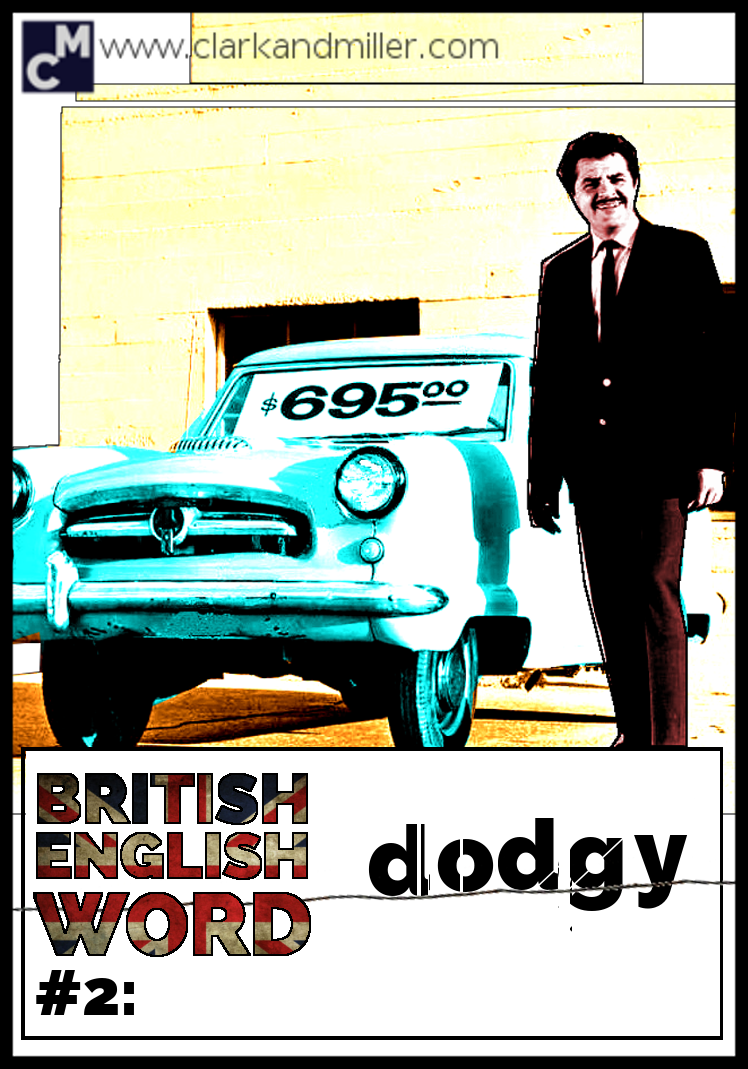 You can also use it to talk about a place.

When you describe a place as “dodgy,” you’re probably talking about that particular part of town that no one goes to. Well, no one you want to meet, anyway.

It means that it’s the part of town you walk in only if you have to and very, very carefully.

It’s that part of town that’s just not safe.

Do you have a dodgy neighbourhood in your town?

Finally, you can use it to talk about some sort of machine or device: 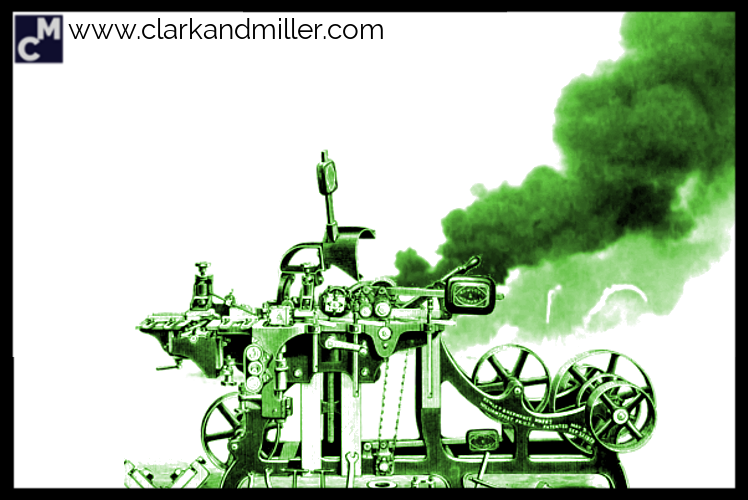 You can use “dodgy” to describe something that isn’t working so well. It’s working well enough to do its job. But just not 100%.

The lift in my flat is quite a good example. Here’s why:

It takes a long time to do ANYTHING.

Sometimes the door on the fifth floor half closes, opens again, then half closes several times before it closes properly.

Sometimes when you get onto the lift on the ground floor, the lift is actually a few centimetres lower than the floor itself.

This one means “very disappointed.”

BOB: Hey, Amy. Do you want my tickets for the Splodge gig this weekend?
AMY: Sure! But aren’t you going? You’re, like, the biggest Splodge fan ever!
BOB: I’ve gotta go on a stupid health and safety course. In Vladivostok.
AMY: Oh, no! That sucks. You must be gutted.
BOB: Totally gutted. 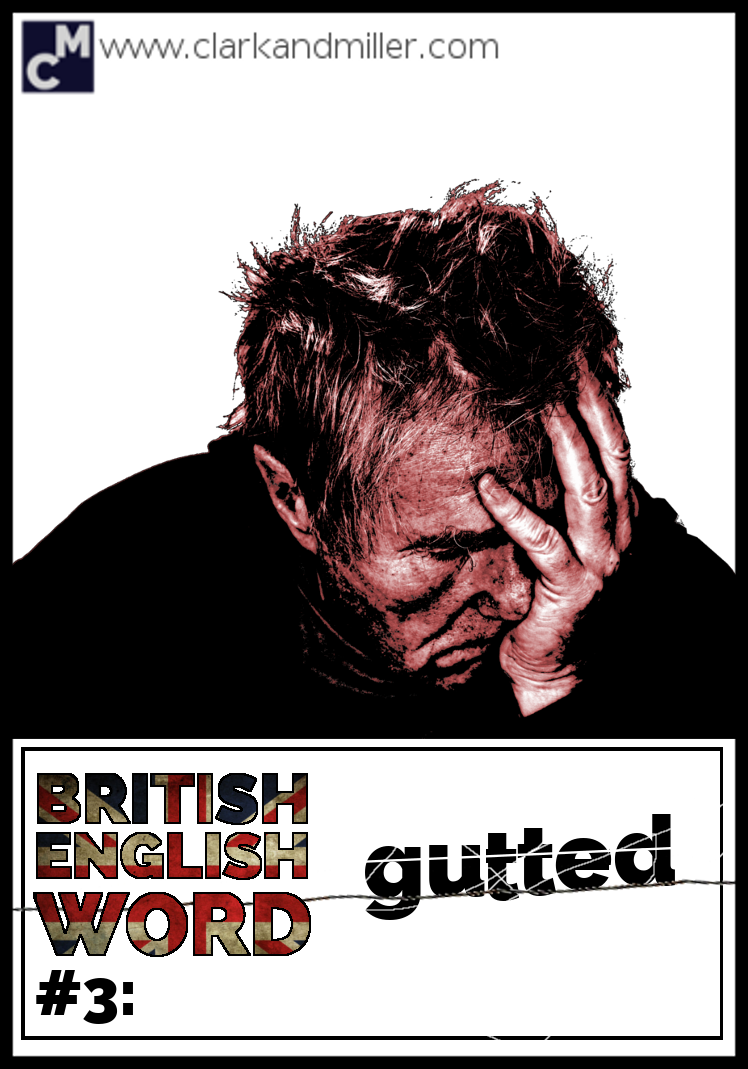 This one simply means “very pleased.”

We usually use this one when we’re pleased with something we did or something that affects us directly.

Let’s say that you’ve been selected to join the very prestigious Crocodile Club.

Or that the presentation you did last week went down really well.

Or that everyone keeps telling you that your new hairstyle looks awesome and that they wish they could look that great.

In British English, we can also use the intensifier “dead” to form a common British collocation:

I was dead chuffed with my invitation to join the Crocodile Club. They have the best rock climbing wall in Europe.

Everyone keeps telling me my hair’s awesome. I’m dead chuffed.

However, sometimes when people get a bit too pleased with themselves, they can seem a little arrogant. So we can also use this word negatively.

When we do this, we usually add “with himself,” “with herself,” etc.

Ugh! When he started telling me why he thought I was wrong, he looked so chuffed with himself.

There’s no need to look so chuffed with yourself. All you did was cook a little pasta. 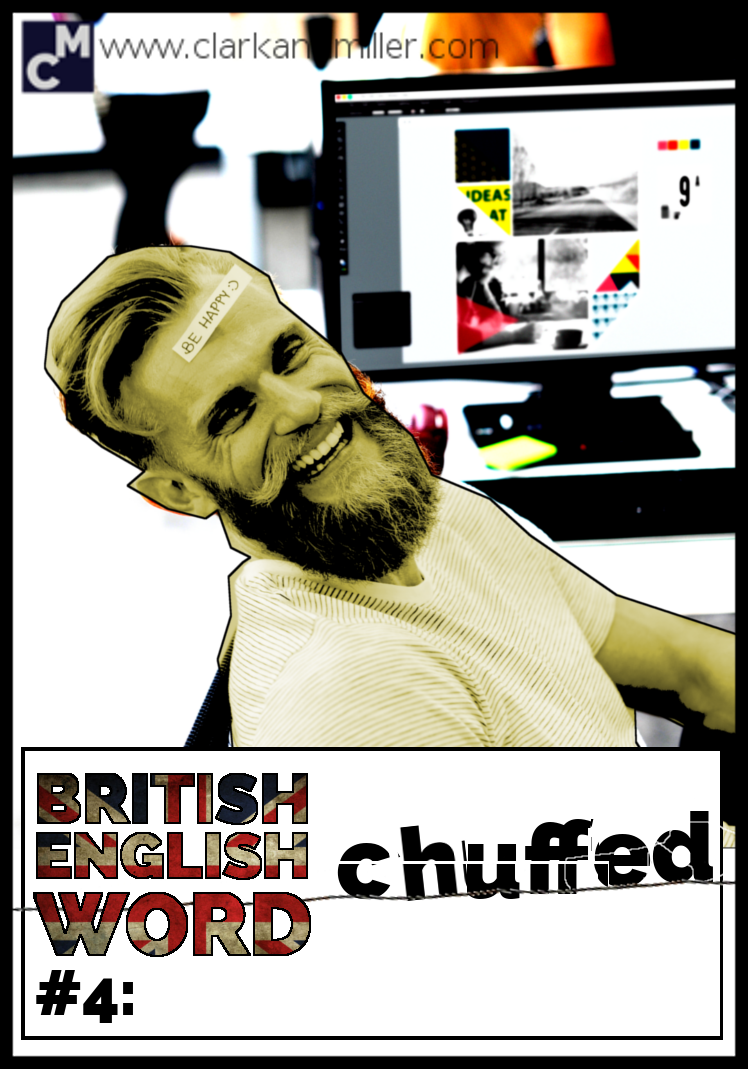 You may think you know this word well. But think again.

So you probably know this word as what we say when we’re having a drink: 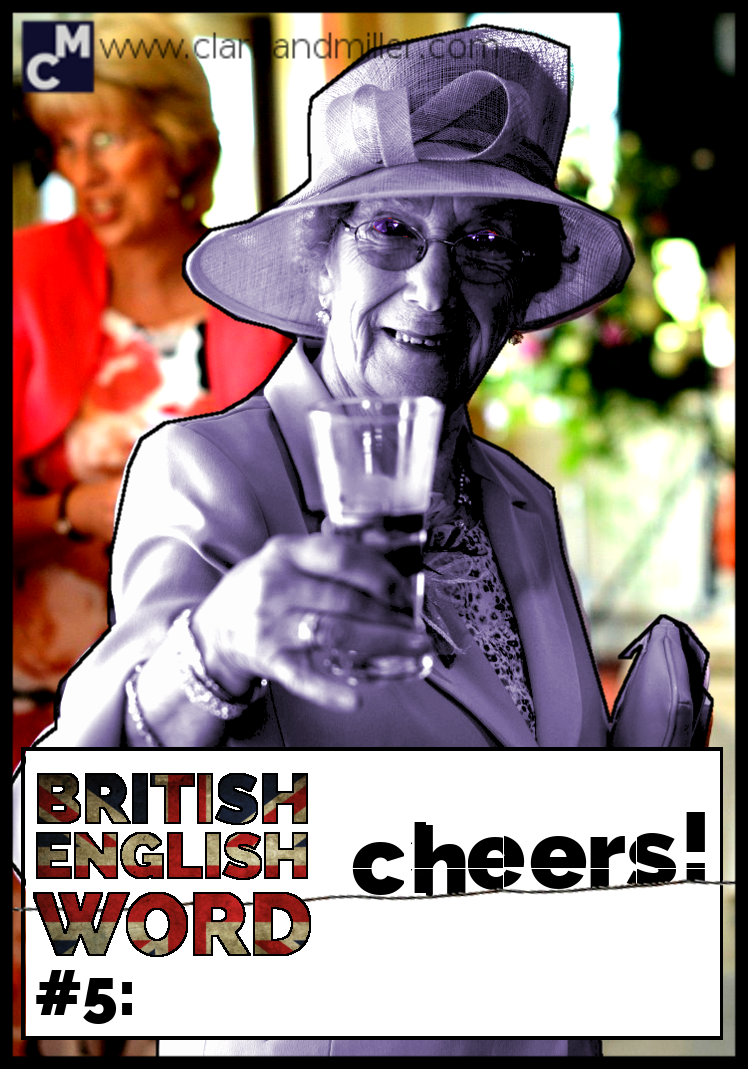 But actually, there are other uses for it.

If you talk to a lot of Brits, you’ve probably heard this as a way of saying “thank you.” But remember, there are different levels of expressing your thanks.

Perhaps some lovely person has just decided to pay off 50% of your mortgage, take you on holiday and offered you your dream job. I love it when that happens, don’t you?

But that is not the time for “cheers.”

That is the time for a million different ways of saying “thank you” and showing appreciation.

But if your friend buys you a sandwich, or a stranger opens the door for you when you’re leaving a shop, or that nice man shows the way to the station in that very confusing city.

That’s the time for “cheers.”

It’s for the small, everyday “thanks yous.”

You can also use it at the end of an informal email instead of the boring “sincerely” or the classic “best regards.” It’s a little more friendly and is a way of showing casual appreciation.

So now you’re ready for those weird British people who say confusing things.

Do you know any other weird things British English speakers say?

Share your knowledge! Let me know in the comments.

19 thoughts on “Do You Know These 5 Common British English Words?”