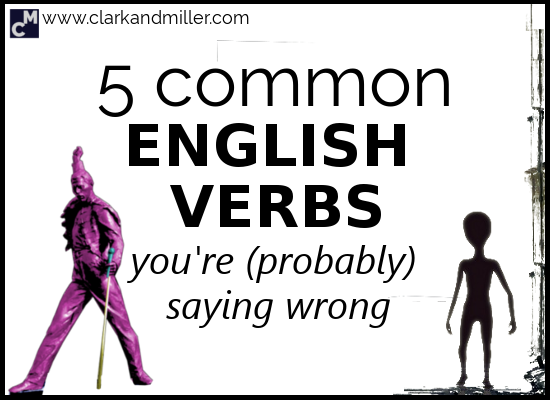 305
SHARES
Share on FacebookShare on Twitter
You’re about to find out if you’re using some common English verbs (insist, mention, suggest, reply and discuss) correctly. You might also like 3 Classic Mistakes That English Learners Make.

It doesn’t matter where you’re from or what your first language is (unless it’s English, of course), there are some verbs that I bet you’re getting wrong.

How do I know that?

Because I see it all the time!

In all my (almost) 14 years’ experience teaching English, there are five verbs that I hear almost everyone get wrong … almost all the time.

But are you getting these wrong?

Then we can have coffee — or something.

Before we look at this, let’s just make sure we all know what an object is:

Most full English sentences have at least three parts — a subject, verb and an object (SVO).

This is very, very simple, but also — especially for English — very important.

OK. So what’s wrong with “I insisted my sister-in-law to meet me”?

Well, this is completely wrong!

That’s because with “insist” (and all the other verbs we’re looking at today), the person we’re talking to isn’t the object.

That means that we don’t “insist someone to do something” It just doesn’t work.

So what do we say instead?

There are two ways you can use “insist.”

But what if both of these subjects are the same?

For example, you want to take a nice, quiet walk by the lake.

Then your annoying friend says he wants to come with you and talk about Leonardo Di Caprio’s troubled childhood the whole time.

And you say, “Really? I think you’d rather do something else …”

That’s when we go for this structure:

There’s one more way we can use “insist + that + SVO” when both subjects are the same person — but with a slightly different meaning.

Imagine you’re walking home one night and you see this: 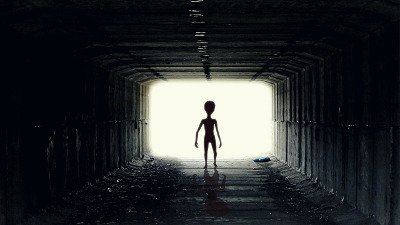 He (She? It?) walks up to you and starts talking, in impressive detail, about the motorway system in eastern Finland.

You’re impressed — he knows all the terminology and geography and everything.

Then all of a sudden, he’s gone — vanished into thin air!

Amazing, right? You’ve got to tell someone.

So you call your best mate, tell her, and she just laughs; of course she doesn’t believe you.

You want her to believe, though. So you keep trying to convince her that what you saw was real and that — no thanks — you don’t need to see the doctor.

In other words, you “insist that you saw an alien.”

I insisted that I’d finished the crossword in 5 minutes — but he wasn’t having it (didn’t believe me).

He keeps insisting that he saw Jerry in the bookshop, but Jerry’s been out of town for weeks.

“But how can I do that correctly?” I can hear you ask.

Well, again there are two ways of using this verb.

You can just use a noun:

mention + something + (to someone)

Once again, there are two ways you can use this verb.

You can do this:

Or … you guessed it:

And again, there are two ways we can fix this.

In the example sentence above (the one about the emails), we just don’t need an object:

But sometimes, we use “reply” to describe exactly what he said.

So we use our good old friend, “that.”

Then he came to my office, and I asked him again. He replied that he couldn’t respond to my email because the internet wasn’t working.

(Well, you might be saying that if you have a weird boss.)

Here’s how to use discuss correctly:

discuss + something + (with me)

OK. So “discuss” only works with a noun.

But what if your boss wanted to discuss some sort of action — like how her husband sings in his sleep?

Well, that’s when this very, very useful phrase comes in handy: “the fact that.”

This phrase is super useful.

That’s because it can link any verb that can only take an noun as an object — like “discuss.”

discuss + the fact that + SVO

We can use “the fact that” after other verbs:

She highlighted the fact that I couldn’t sing properly.

He may be annoying, but you can’t ignore the fact that he’s almost always right!

Now you can (hopefully) use these 5 common English verbs … like a pro!

Remember that “that + SVO” is a very, very useful formula and very, very common in English.

It’s amazing how far you can go with “that + SVO.”

Here are all the verbs in a nice little table:

Think about your answers to these questions:

Did you find this useful? Do you know any people (or seagulls) that might also benefit from this? Then BE AWESOME AND SHARE! Spread the knowledge!