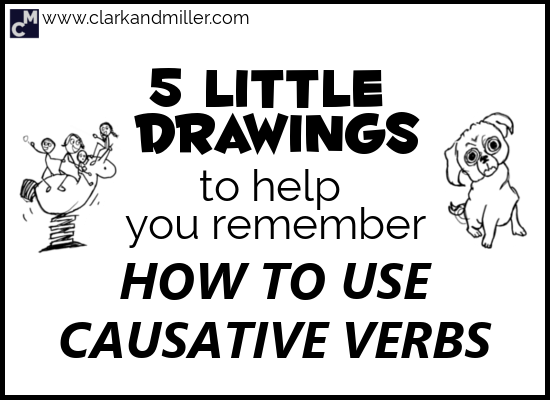 Today, you’re going to learn how to use the causative verbs “let,” “have,” “get,” “make” and “force.” Also check out 11 Little Drawings That Will Help You Remember English Rules Forever.

To start, I want to show you a little trick to help the causative forms stick in your head without too much effort.

Take a look at these five pictures. They are examples of the main causative structures in English.

Take your time — try to remember each phrase. 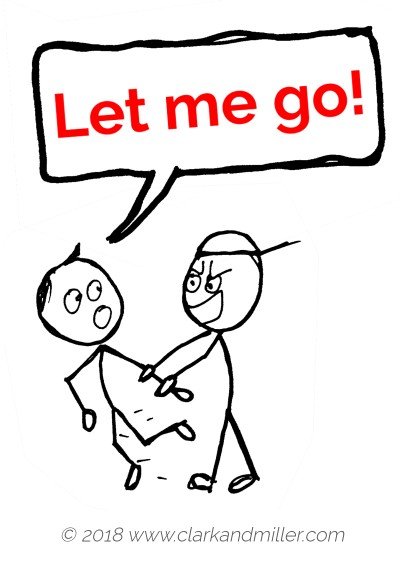 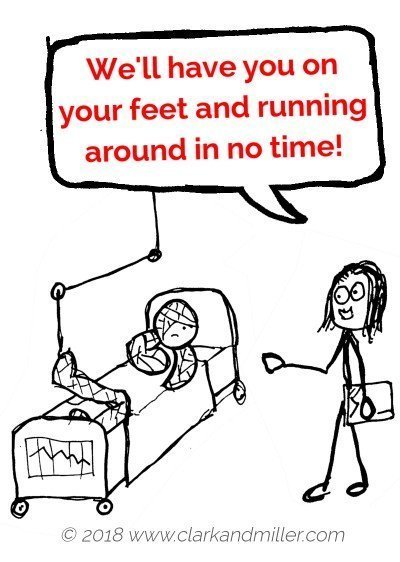 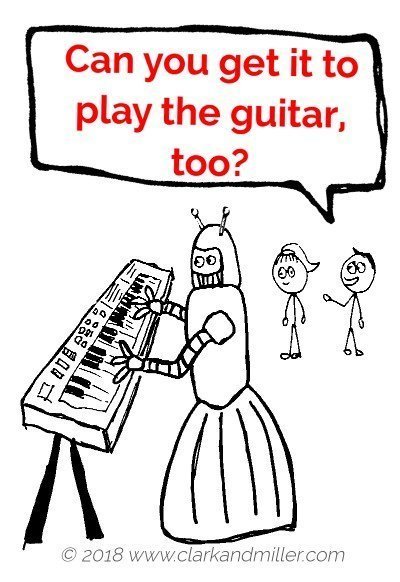 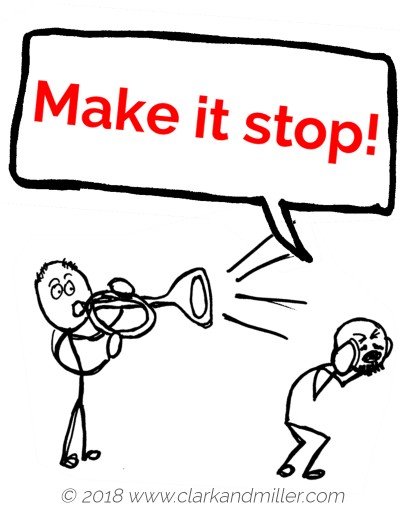 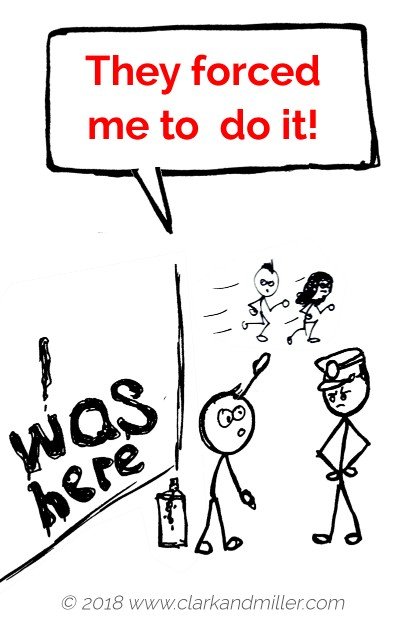 Now you’re familiar with these five little images, you’ll find it easier to use the different causative verbs correctly.

OK. We’re going to look at these causative forms starting from the weakest one and ending with the strongest.

“Let” is the weakest causative verb that we’re looking at today.

Basically, it means to give someone permission to do something; they can decide to do it if they want, and you won’t stop them.

When we use “let,” we think of parents and schools and bosses and governments — people in authority giving us permission to do something.

Then it’s up to us whether we want to do it or not.

I went to school in the ‘90s, and we had a smoking shed — a place where we could go and smoke if we were over 16 years old.

They let us smoke there.

There were, of course, plenty of sensible non-smokers in the school, too.

Did they smoke there? No, of course not.

But the school still let them smoke there if they wanted to.

There’s another similar phrase we can use that has the same meaning — take a look at this example:

“In some European countries, you’re allowed to have a beer with a meal when you’re 16.”

We can use the phrase “allowed to” in similar situations as “let.” Just remember that it’s passive.

Causative “let” with a verb

“I love my job. They let us wear what we like on Thursdays, and they even let us leave early on Fridays.”

Causative “let” with a preposition

Interestingly, you can use “let” with the prepositions “in” and “out”:

“It’s getting dark! Let the cat in, would you?”

“They didn’t let us out of the meeting until we’d reached an agreement.”

And also with the prepositions “off” and “on” — usually to talk about transport:

“Can you let me off at the traffic lights, please?” 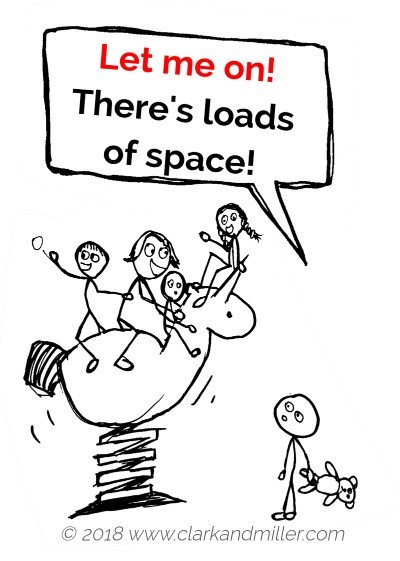 We use “have” as a causative verb to describe a standard procedure or a service.

When we have someone do something, we’re usually asking someone who would expect this type of request.

When I lived in Istanbul, I noticed that most offices had a guy whose job best translates as “tea guy.”

The tea guy would have one job: to make tea.

So whenever you wanted a cup of tea, you’d have him make one.

Surprised? Well, if you saw how much Turks like tea, then you wouldn’t be that surprised.

They really love tea in Turkey.

Causative “have” with a verb:

Sticking with the Turkish office example:

“Come and sit down, and I’ll have Ahmet make you a nice cup of tea.”

Causative “have” — passive (have something done)

Let’s look at a quick example:

“Sorry, I can’t come round and look at your holiday photos tonight — I’m having my dog washed.”

It’s actually much more common to use “have” as a causative verb in the passive.

Whenever you pay someone to do something for you, you can probably use this.

So your bike’s broken, and you need the bike guy to fix it?

Then you need to have your bike fixed.

Or you’ve bought a new house, but it needs a paint job?

You could do it yourself, or you could have your house painted, then sit around watching Lost for the tenth time.

We can also use this structure with the verb “do” whenever we’re talking about manicures, pedicures, hair styling or any other sort of beauty service.

“I’ve been invited to the big wedding! I’m having my hair done tomorrow. Wanna join me?”

Causative “have” with a place

Another common way of using “have” as a causative verb is with a place.

But there’s a very specific feeling associated with this one.

We use this when we want to say, “Hey! You’re in trouble, but I’ll help you out!”

“Don’t worry sir. We’ll have your package in Rome by the end of the day.”

Or it can also be a threat:

“If you don’t serve these customers now, I’ll have you in the kitchen for the rest of the week!”

Causative “have” with -ing

We can also use causative “have” with -ing.

Let’s look at another example:

“On Tuesdays, they had us running around the football field at seven in the morning. I hated that job.” 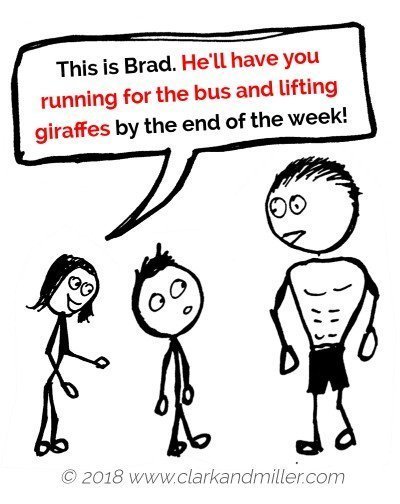 You can also use causative “have” with -ing as a threat:

“If you’re not careful, I’ll have you washing dishes for the rest of the week.”

We can also use causative “have” with both a place and -ing:

“One more wrong move from you, and I’ll have you in detention copying the dictionary. In Latin!”

When we have Ahmet make the tea, there’s a feeling of respect for procedure. This is Ahmet’s job, and he expects it.

But Ahmet’s not in today. He’s taking a day off with his new bike.

So who makes the tea?

You’ll have to ask someone else. Fortunately, there’s a new guy in the office. He can do it.

So you get the new guy to make the tea.

In this example, there’s less respect for procedure. It’s like we just want that guy to make the tea — whether it’s something he expects or not.

When we use “get” instead of “have,” we’re focusing more on the result (a hot cup of tea) rather than the process and protocol (Ahmet’s job is to make the tea, so we ask him).

As a result, we often use the causative “get” with non-human things.

“Nice dog! Can you get him to attack your enemies?”

“Agh! This satnav is driving me crazy! How do you get it to shut up?!”

Causative “get” with a verb: 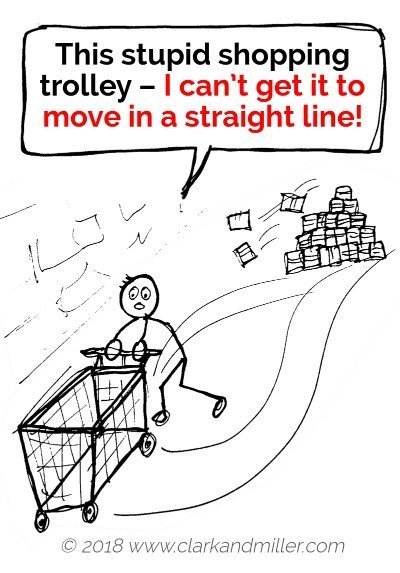 Remember to use “to.”

Causative “get” — passive (get something done)

We can also use causative “get” in the passive. This is very, very similar to using “have”:

“I can meet you after two. I’m getting my hair cut at one.”

Remember that causative “get” is all about the result?

Because of that, we have a common expression: Get it done!

I hear this phrase far more than I need to!

Causative “get” with a place:

You can also use the causative “get” with a place when you want to move something (or someone) somewhere:

“If we get a man in space before the end of the year, then we’ve beaten them!”

Causative “get” with -ing:

“This bureaucracy is driving me crazy. They just get me running from one office to another. They’ll never give me what I want!”

OK. We are now entering what I call the “No-Choice Zone.”

With all the causative verbs so far (let, have and get), there’s always been some sort of freedom of choice.

You can let someone sing in the library, but they’re free to just sit and read.

You can have someone do something, but they never had to do it. They could say “no” if they wanted to.

Even when you get someone to do something — sure, they did it (“get” is all about the result) — the suggestion is that it was still their choice.

But when you make someone do something, then that person has no choice. It’s beyond their control.

Causative “make” with a verb:

As I mentioned above, we usually use causative “make” when we’re talking about something we can’t control.

“Oh, please don’t play that song! It makes me think of Boris. And I don’t like Boris.”

“He won’t listen to me, but I think you can make him change his mind.”

Causative “make” with an adjective:

We can also use causative “make” with an adjective: 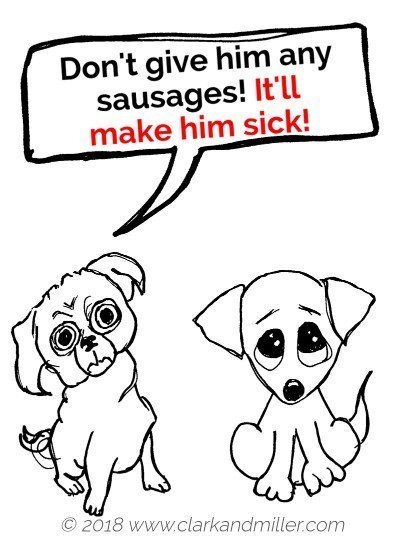 “Force” is the strongest causative verb.

We use it when we really want to emphasize that things were out of someone’s control.

We often use it to talk about how situations push us into doing things:

“The bad weather forced us to go back home early.”

And we can also use it in the negative to tell someone to take responsibility for something they did.

“Oh, come on. Don’t blame Harry! He didn’t force you to throw eggs at the cars, did he?”

Causative “force” with a verb:

We can use “force” with a verb. Just remember to use “to”:

“He forced me to listen to four hours of opera. Then he took me to the ballet. I wanted to die.”

Causative “force” with prepositions of direction:

Let’s look at an example:

“The rising cost of food has forced thousands of people out of their homes and onto the streets in protest.”

“When he was forced against the wall, he decided he’d fight back.”

As you can imagine, we’re usually talking about annoying boxes that won’t open or those old doors that won’t close properly — that sort of thing. 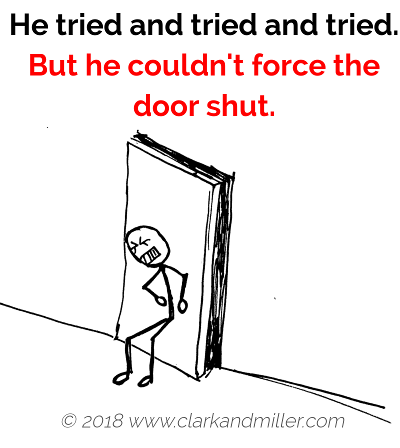 Causative verbs in a table

Finally, a little something special for the sort of English learner who likes to see everything in one place.

Here’s a nice little table of all the causative verbs we looked at today.

Remember — this only covers the strength of the causatives and how to use them with a verb. To get a proper understanding, you’ll need to read the post. Which I’m sure you have already done! 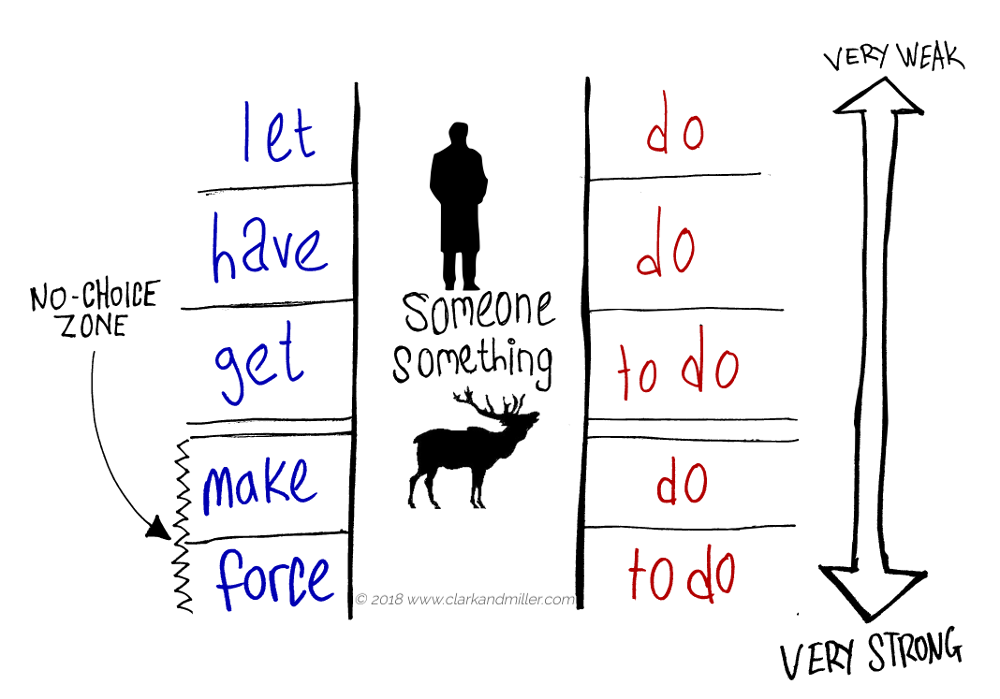 And if you want to get an even deeper understanding of how causative verbs work, then you’ll need to practice using them.

Take a look at these questions:

10 thoughts on “Causative Verbs: Let, Have, Get, Make and Force”