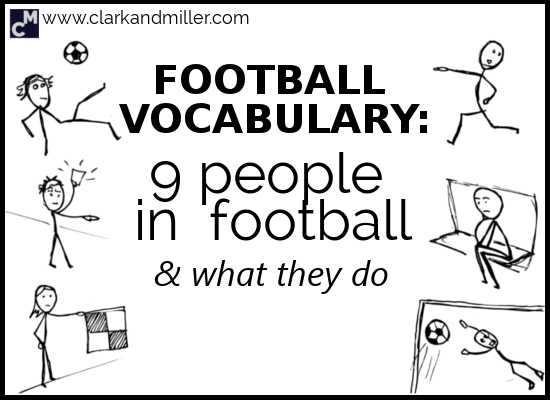 This is part two of a series on football vocabulary in English. If you want more, check out How to Say Football Scores in English and Football Vocabulary: 23 Essential Words and Phrases.

So which one are you?

Are you one of the people who’ve been enjoying the World Cup, supporting a team and following it every step of the way?

Or are you one of the people who have run to the forest to avoid all this football?

If you’ve run to the forest, then I’ve got some bad news for you: in the next two posts, we’ll continue learning how to talk about about football. So meanwhile, why not forget football rules and enjoy some lovely little pictures to help you with English rules?

However, if you’re one of the football people, then welcome on board. It’s time to talk about football! Specifically, different people in football. 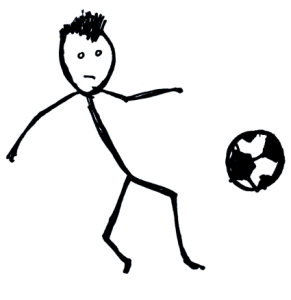 He’s the guy that plays the football. Obviously.

Back when I was a kid, everyone wanted to be a rockstar — they were paid countless millions and had the most awesome lifestyles. So I learned to play guitar.

Now it’s the football players (or “footballers”) who get all the money and the glamorous lifestyle.

Maybe I should’ve learned to play football instead?

Well, when he’s not arguing with the ref (see below) or taking his shirt off and running around, this guy does a lot of kicking. A lot.

There are other things that he does, too: 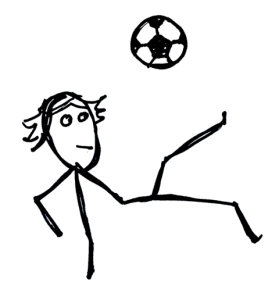 The striker is one of the guys chosen by the coach to try to score the goals. He usually hangs out on the side of the pitch near the other team’s goal, waiting to strike!

There’s a classic phrase in football that actually comes from a Canadian sports presenter in the 80s. The phrase captures all the excitement of a football match:

Sounds fun, right? You can also use this phrase when you see someone achieve something difficult. 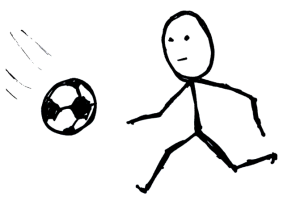 So, if the striker spends his time near the other team’s goal, this guy’s always hanging out near his own team’s goal.

As you can imagine, his job is to defend the goal. 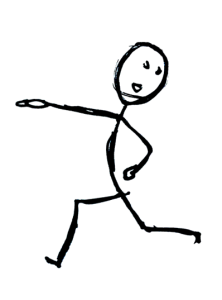 So strikers at the front, defenders at the back and midfielders?

Yep — in the middle.

Midfielders actually have a variety of different roles: they can be used to break up the other team’s attack; they can be used to keep the ball moving in the right direction; and some can be just like strikers or defenders. It depends on the manager. 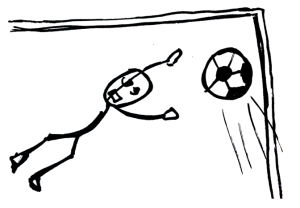 We all know this guy, right?

The only one who can use his hands! And, as a result, always my favourite player. 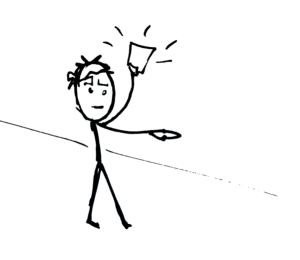 The judge. The man in charge. The guy who makes the decisions. The man the players shout at when they get a card.

The referee, or “ref,” is the judge of the game.

There are a few ways you can say this. You can say:

He hands out a red card (to Messi).

He hands Messi a red card. 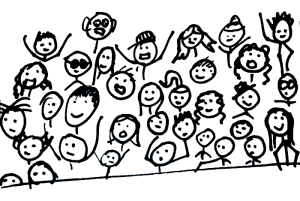 A spectator is anyone watching the match. Maybe at home with a bowl of pasta or in the stadium with thousands of other spectators.

The crowd is the general word for all the spectators in the stadium.

What do they do?

While a spectator simply watches the match, a crowd tends to do quite a lot:

You can also use this phrase when a friend does something quite impressive — usually something physical — like when they get into the elevator as the doors are closing. It’s a fun, friendly thing to say. 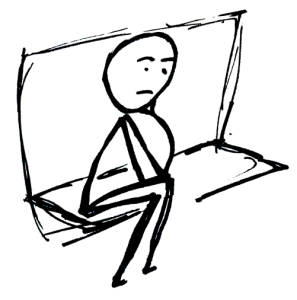 It’s good to have some extra players around, right? Just in case one of the main ones gets tired or decides he’s had enough and runs off to go travelling around Asia. (That happens sometimes, right?)

So you have a substitute — though we always say “sub.”

Most of the time?

Not much. He just sits. And waits. On the bench.

But sometimes he gets brought on to the pitch. 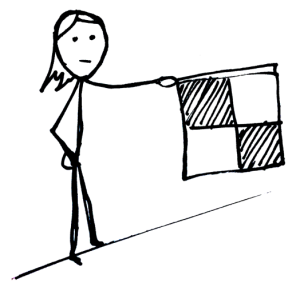 The assistant referee (AR) — still commonly known as a linesman/lineswoman — is there to help out the ref.

What does she do?

The AR actually has a variety of roles, but her main job is to indicate when the ball is out of play and to signal an offside offence.

What’s an offside offence? That is one of the great mysteries of football, and we’ll be looking into it next week.

So those are the people in football!

If you’re a football person, now you can describe what’s going on in the game a little better.

If you’re not, then well done for reaching this far. Here’s how you probably feel about football right now:

Meanwhile, how have you been enjoying the World Cup? Which team do you support? How well are they doing? What’s been the highlight (best part) of the World Cup so far?

6 thoughts on “Football Vocabulary: 9 People in Football and What They Do”