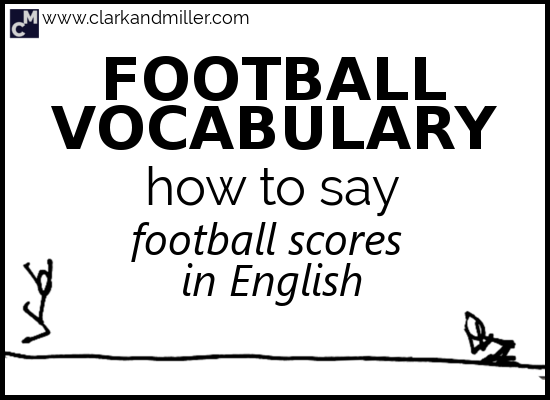 This is part one of a series on football vocabulary in English. If you want more, check out 9 People in Football (And What They Do) and Football Vocabulary: 23 Essential Words and Phrases.

You might hear this a lot in the next couple of months as everyone goes football mad over the World Cup.

Or at least until their team gets knocked out.

But how do you answer the question “What’s the score?”

It seems easy, doesn’t it?

But there are very specific ways to talk about football scores in English. Here they are: 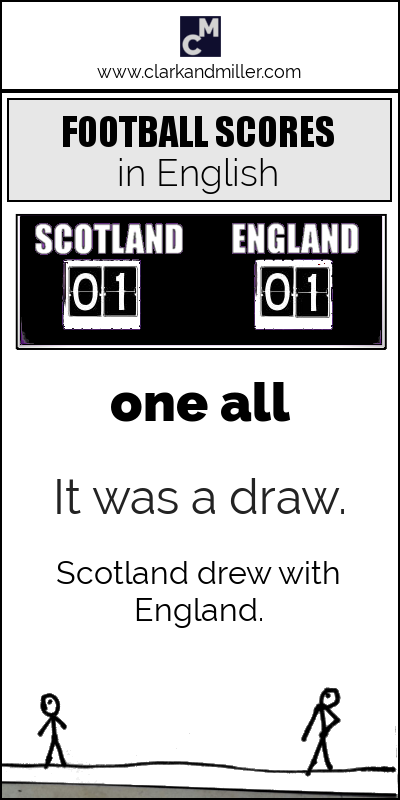 OK. So no one won the match. How annoying!

We can describe this result generally:

It was a draw.

We can also be a little more specific and mention the teams:

Or we can say it with numbers. There’s a rule for describing draws: we just say the number and add “all.”

… or eighteen all — if you’re watching a children’s match. 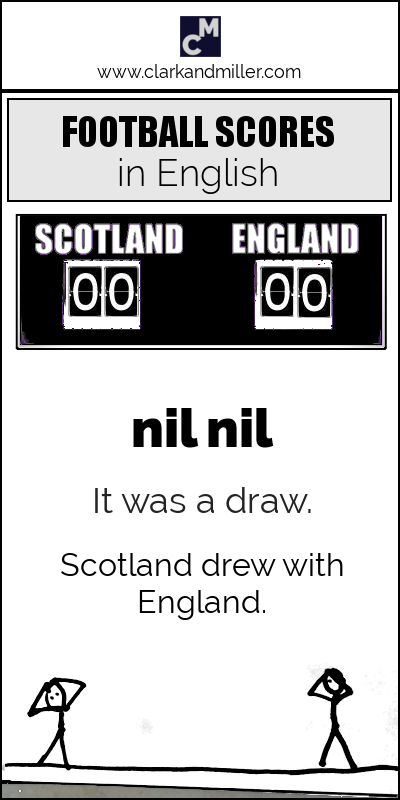 But be careful. For some secret reason known only to the football masters, we don’t say “zero all.”

For a start, when talking about football scores, we don’t say “zero,” but we say “nil” instead.

Secondly, we don’t do the “all” trick, but just say it how it’s written: 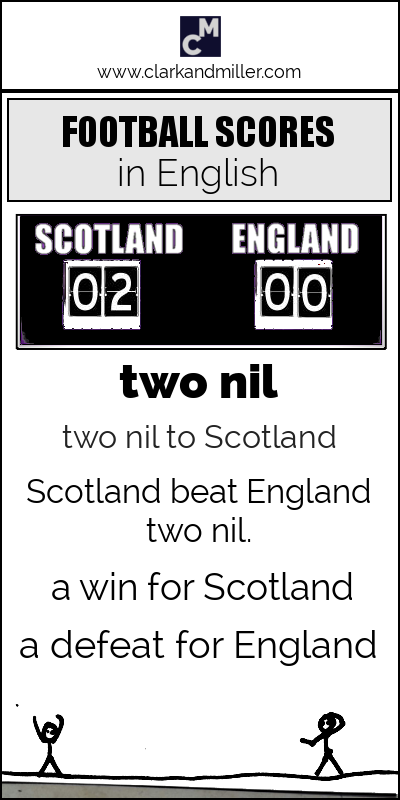 Say the larger number first — and remember to say “nil” instead of “zero.”

If you want to say who won the match, you can add “to” and the name of the winning team:

You can also use the verbs “beat” or “defeat”:

Or you can forget about the score and just say who won.

You can use a verb:

a win for Scotland

If you’re feeling more like focusing on the embarrassment for England, which you might, then you can focus on the fact that they lost, again with a verb:

a defeat for England

One Team Wins (By a Lot) 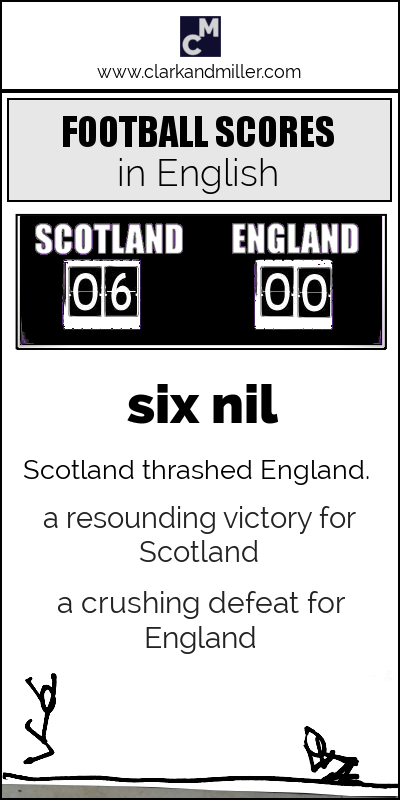 In the unlikely event of this score, there’s another verb we can use to show the huge difference between the number of goals.

It really shows how amazingly Scotland won and how badly and embarrassingly England lost.

That verb is “thrash.” Yep — like thrash metal. But with football.

We tend not to add the score with this one, just focusing on how dramatic the result is:

You can also speak more generally about the results, especially dramatic ones like these, with words like “victory”:

a victory for Scotland

a triumph for Scotland

The word “resounding” is also used with extreme results. You can use it for the winners:

a resounding victory for Scotland

For losers, we can use the phrase “crushing defeat”:

a crushing defeat for England

OK. Now you know how to say football scores in English.

As the World Cup enters its first stages, listen out for that question: “What was the score?”

You’ll know how to answer.

36 thoughts on “Football Vocabulary: How to Say Football Scores in English”