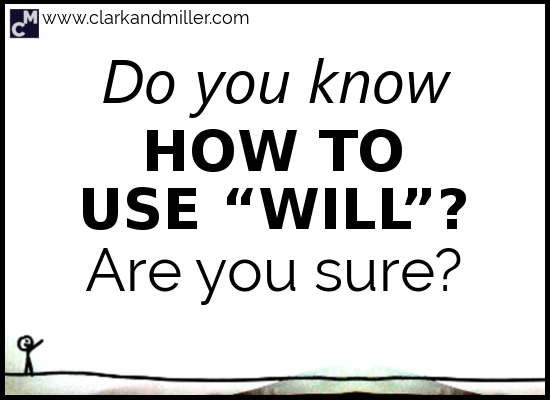 Today you’re going to learn how to use “will” in 4 ways that you probably haven’t thought of before. Want to talk about the future? Click here.

Go ahead — ask anyone this question: “What does ‘will’ mean?”

I bet you that most people would say something like, “‘Will’? Oh, it’s how we talk about the future. Also, I like your shirt.”

And that answer is kind of right. Kind of.

The shirt thing is, of course, completely correct — you wear great shirts. Everyone knows it.

But the “‘will’ means future” statement? That’s less true.

It’s true that you can use “will” to talk about the future, especially for predictions:

And that’s all fine. The grammar, I mean.

The fact I’m going to be replaced by a robot? Less fine.

But the word “will” is often used in other, completely different ways — most of them don’t have that “future” feeling at all.

Let’s look at a couple of examples of how we use “will” to describe habits:

“Hey, look! Your dog is eating a Caesar salad!”

“What! The government has increased tax on fruit again! But they’ve just cut tax on candy! That’s crazy!”

We use it when we just want to say, “I know, but that’s their habit. It’s not so surprising if you know them. It’s what they do!”

But why “will”? This isn’t about the future!

Exactly. This is a use of “will” that a lot of course books don’t talk about — we frequently use “will” to describe general habits.

“The flying mouse will often travel over 2000 miles in order to give birth in the cool climates of the north.”

Again, this isn’t just a plan that the flying mouse has made with her husband.

“That’s it — I’m sick of this town. Let’s move up to Newcastle. I prefer the weather. Then we can make babies.”

No, this is something that the flying mouse does every year — as a matter of habit.

Isn’t this when we use the present simple?

So to describe habits, you can use the present simple OR “will.”

But be careful! This isn’t a complete replacement for the present simple.

That’s because we can’t use “will” to describe states — just habits.

So although we can say “Kevin’s from Addis Ababa.”

You can say “This massive spider is green.”

You can’t say “” (unless you’re talking about the future, and, for some mad reason, the spider is going to change colour. Wow — spiders are weird.).

Would to Describe Past Habits

Here’s an interesting piece of information that’ll help you understand some aspects of English that might seem a little weird at first:

Does that make sense?

When I was a kid, we’d go to Devon every summer and catch small fish in the rock pools. (All true, by the way. Also, if you haven’t been to Devon, you should! I mean look at it!)

It’s the same as saying “When I was a kid, we used to go to Devon every summer …”

“Will” for habits becomes the “would” for past habits.

Again, be careful here! We can’t use this for states.

That’s why we can say “He used to like Metallica. But he prefers Enya now.”

But not “ But he prefers Enya now.”

I’d prefer it if neither of these sentences were true — I mean, who likes Enya?

This is quite a special use of “will” (well, actually “would”).

So when we have a fat guy imagining himself as a thin guy, he’s using the present tense: 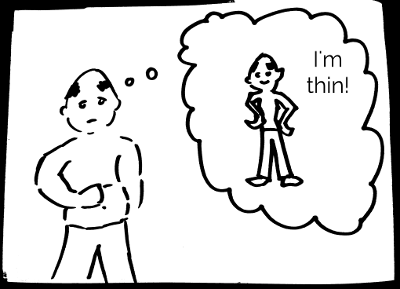 But when he expresses this wish, it’s in the past: 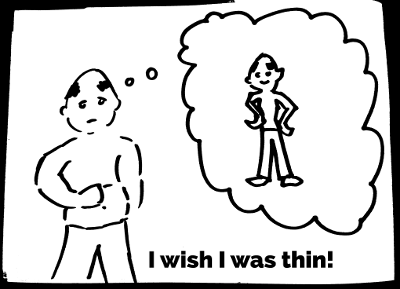 But let’s look at this wish: 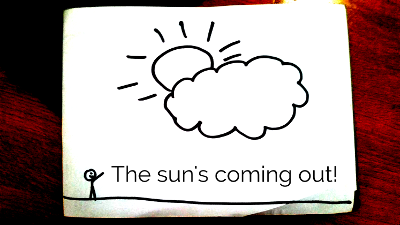 This should be “I wish the sun was coming out,” right?

But we could also say “I wish the sun would come out.”

In fact, I’d say that it’s even a little more natural (for me, at least).

Good question. I like your questions — they’re always good ones.

The answer is that with “I wish” (or “if only”), we can use “would” when the subject of the sentence changes its behaviour somehow.

So if you’ve got a really annoying friend making stupid faces and scaring the dog, you could say:

“I wish you would stop doing that. You’re scaring the dog.” 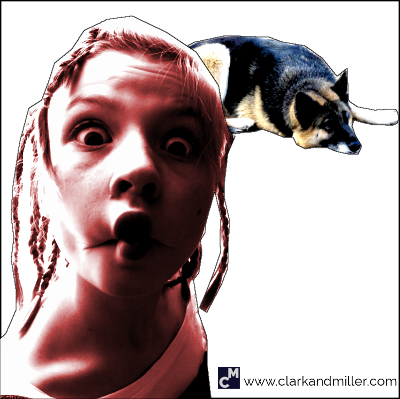 “I really wish she wouldn’t keep talking about ‘spiritualism’ all the time. It’s boring!”

This “would” isn’t “futurey.” My theory is that it’s more like the German “will,” (pronounced “vill” — because German) meaning “want.” It’s about having control and making a decision to do something (or stop doing something).

Again, be careful here. This is about things we can control, so don’t use this for states:

“I wish the building wouldn’t be so tall.” — That just sounds weird.

“I wish your hair wouldn’t be so curly.” — Also weird. On many levels.

“Will” to Show You’ve Calculated Something

One of your friends, let’s call her Jee because that’s quite a nice name, is a little eccentric.

No one knows why. She just does.

So you’re getting ready for the party. It’s an hour before you told everyone to arrive.

Then the doorbell goes.

So you could say “That’ll be Jee.”

Why not “That must be Jee” or “That could be Jee”?

Well, you can say those things. But using “will” in this situation does two things:

It’s very similar to “That must be Jee” but a little more certain. It’s like saying “my calculations are correct … as usual!”

We use it when we want to show that we’ve figured something out.

By the way, if you want to use this with a verb, it’ll be in the continuous:

“Jee’ll be opening our garden gate about now.”

“Jee’ll be walking up our garden path right now.”

“Jee’ll be moving her arm to ring our doorbell now.”

You get the idea, right?

It’s also very common to use this in the continuous when we’re talking about time.

Let’s say Jee has been visiting some old friends who now live in Darwin in northern Australia.

They’ve had an awesome time together, but all good things must come to an end, and Jee has to get a flight back home.

Her friends drive her to the airport. Then drive back home again.

A few hours later, they’re talking about what a great time they had with Jee.

“I wonder what she’s doing now,” one of them asks.

They look at the clock.

“Ah, her plane will be landing about now.”

So you can use this form when you know what someone’s doing according to some sort of schedule.

“Don’t call him now. He’ll be sitting down to lunch. He hates being disturbed during lunch.”

“I’m glad we didn’t go camping with Cooper. Look at the weather. He’ll be sitting in his tent waiting for the rain to stop right now, just staring at his knees.” 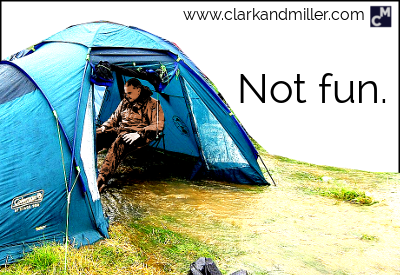 When was the last time you could’ve used the phrase “He’ll do that” or “She’ll do that,” etc.? When did you use it? Who was it about? What was he or she doing?

Did you find this useful? Do you know any people (or anteaters) that might also benefit from this? Then BE AWESOME AND SHARE! Spread the knowledge!