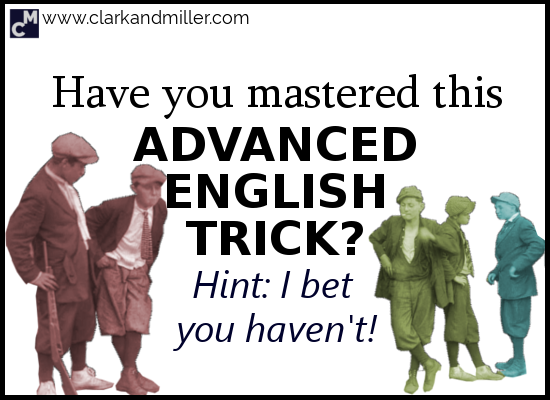 Let’s take a look at inverted conditionals in English. For more advanced English, check out Are You Making These 4 Advanced English Mistakes?

In this post, you’re going to learn how to use inversion in first, second and third conditionals in English.

If he remembers his own name, we’ll be able to help him.

Should he remember his own name, we’ll be able to help him.

OK. This one is fun but also a little more complex.

There are actually two uses of the inverted second conditional:

We can use the second conditional to talk about something in the future that probably isn’t going to happen.

You know, like how everyone said that Brexit wouldn’t happen. Or that Trump wouldn’t get elected President.

Of course, these things happened — but they seemed very unlikely to happen at the time.

That’s when we could’ve used this tense.

If he pushed the button, we’d all have problems.

Were he to push the button, we’d all have problems.

So back at the beginning of 2016, we could’ve said things like:

Were Brexit to happen, I’d be surprised.

Were Trump to get elected, we’d all be surprised. Very surprised.

It was a very surprising year.

The last examples (Trump getting elected and Brexit happening) were solid events, with “proper” verbs.

But we can also use this inversion with the verb “be.”

If I was ridiculously rich, I think I’d still work.

Were I ridiculously rich, I think I’d still work.

Want more examples and practice? Check out the quiz at the end of the post.

Onward! To the example!

If we’d arrived sooner, we wouldn’t have missed the beginning.

Had we arrived sooner, we wouldn’t have missed the beginning.

So we’ve covered how to invert first, second and third conditional sentences.

You might want to ask, “Can we invert mixed conditionals?”

If you want to use a mixed conditional sentence AND invert it (you maniac!), the process is really quite easy.

Here’s how to do it with this mixed conditional sentence:

If the driver were faster, we would’ve arrived ages ago.

Look at the first part of your mixed conditional:

If the driver were faster, …

Were the driver faster, …

And that’s it — the second part doesn’t change.

It makes no difference whether you want to mix the second conditional with the third:

If the driver were faster, we would’ve arrived ages ago.

Were the driver faster, we would’ve arrived ages ago.

Or the third with the second:

If we’d got just one more signature, we’d be on target now.

Had we got just one more signature, we’d be on target now.

Add “not” after the subject.

Should Batman not come, we’re in big trouble. But don’t worry, he always comes.

Were Tom a smart person, he’d invest all his money in Cobra Industries.

Were Anna not a smart person, she’d give all her money to Shady Nick.

Had they told us about the dolphin, we wouldn’t have come.

Had Anna not voted, the dolphin would have won.

But it’s good to get a bit more practice in, so why not try out this quick quiz?

Drag and drop the words into the correct spaces.

How did you go?

Be sure to check out Are You Making These 4 Advanced English Mistakes? while you’re here.

Did you find this useful? If so, then BE AWESOME AND SHARE! Let’s spread the knowledge and make the world a smarter place!

116 thoughts on “Inverted Conditionals: Have You Mastered This Advanced English Trick?”