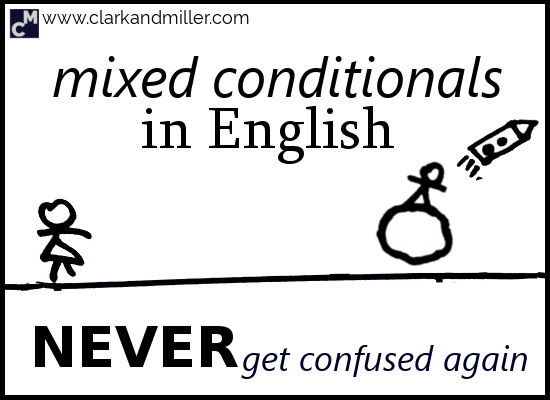 After many difficulties, you’ve mastered those English conditionals — you know, the “if” sentences.

You can use them effortlessly in context. Without thinking. Because you rock at English!

Then you’re having a chat with someone, and he says this:

“Should Shelley arrive on Thursday, I’ll meet her at the airport.”

Wasn’t that a question? Was he asking if Shelly should arrive on Thursday or not?

But you don’t know who Shelly is, so how would you know when she should arrive? Also, this didn’t sound like a question.

OK. So, welcome to the weird world of advanced conditional sentences!

When we learn about conditional sentences in English, we usually learn the four basic types:

There are three ways that we can play with conditionals that expert English speakers use effortlessly.

So this is your chance to sound super smart.

We’re going to look at these three tricks over the next three lessons.

This topic was actually requested by one of our readers. So if you’re reading, Irina, great idea and thanks for suggesting it.

But before we mix the conditionals, let’s revise how they work.

Let’s start with a simple example:

If it rains tomorrow, I’ll stay in and watch giraffe documentaries.

We have the “if” part, which sets up the situation, and the other part, which describes the result.

This is an example of the first conditional. We use it to talk about likely situations in the future.

Because we don’t use the first conditional in mixed conditionals, today’s post is going to be focused on the second and third conditionals. These are the conditionals used for hypothetical (unreal) situations.

Let’s look at how they work.

We can use the second conditional for general, unreal situations:

If I had more money, I’d totally buy that giraffe.

(But in reality I don’t have more money, so the giraffe stays in the shop. Or the zoo. Or the sanctuary. Wherever you buy giraffes from.) 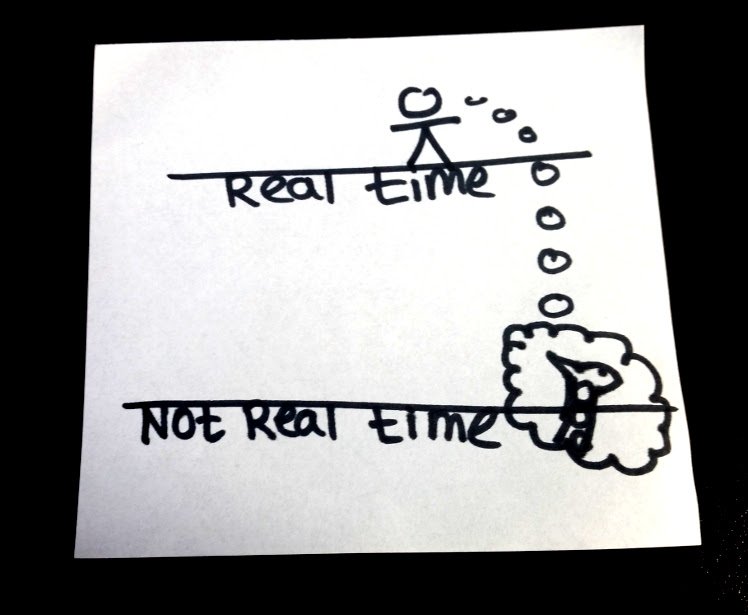 We can also use the second conditional when we want to talk about an unlikely future:

If I won the lottery, I’d go to Pisa. Because it’s awesome! 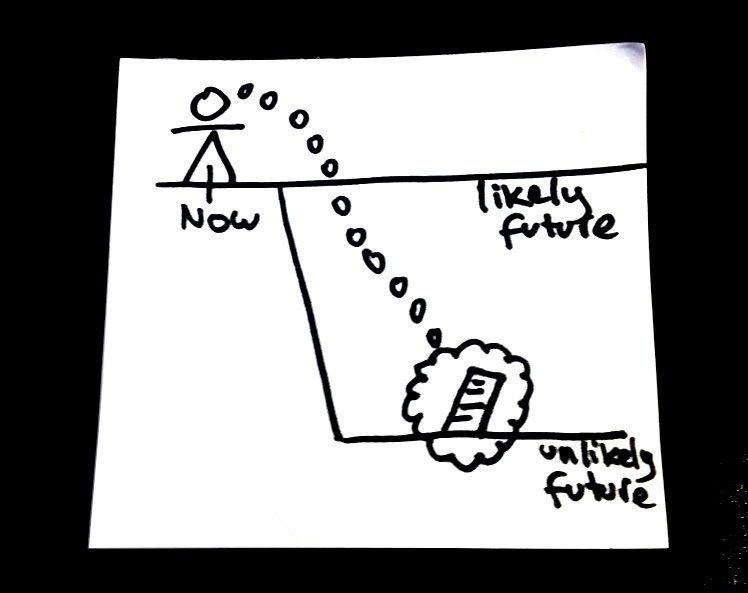 We use the third conditional to imagine hypothetical situations in the past:

If I had listened to my mother when I was a kid, I would’ve become a cosmonaut. 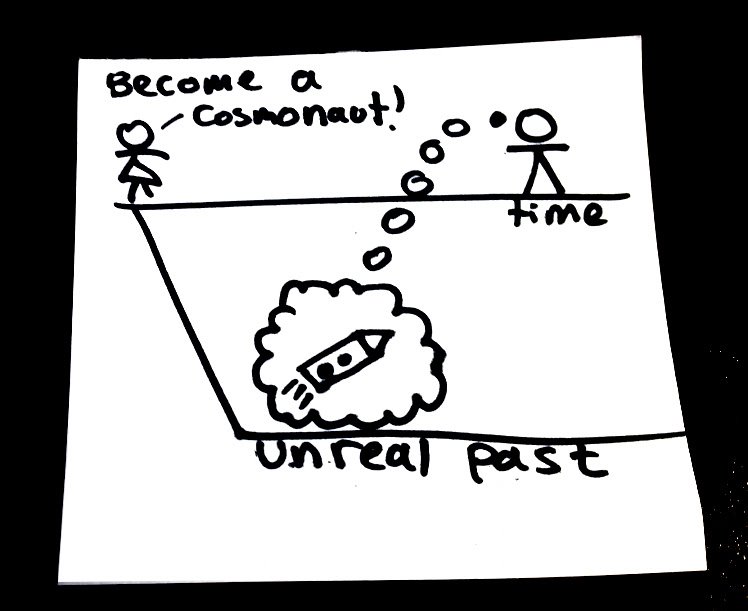 (If you want more examples of conditionals sentences (with a killer rabbit), check out my post on conditional sentences in English.)

OK. So those are the unreal conditionals in English.

No problem, right? We create an unreal situation and describe what effects it produces.

But what if you want to create an unreal past situation and describe an unreal general (or future) effect?

Or what if you want to create an unreal general situation and describe an unreal past effect?

If we had the key, we would’ve gone in.

Let’s look at some more examples:

If I had listened to my mother when I was a kid, I would be on the moon now.

— an unreal past situation with a general effect 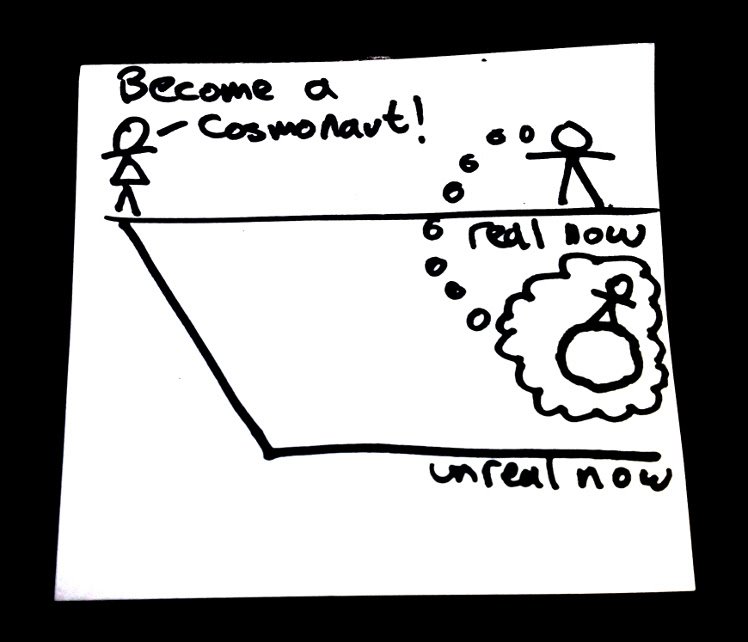 If it wasn’t winter, I would’ve walked home.

— an unreal general situation with a past effect 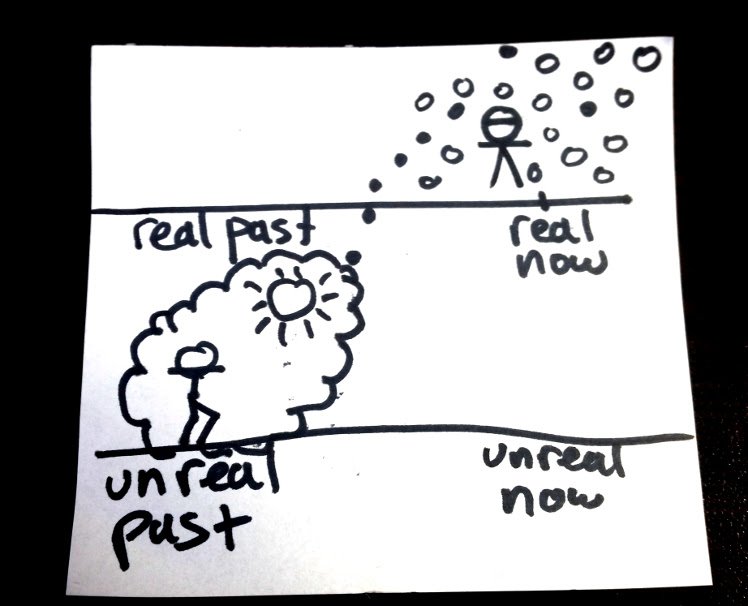 OK. So now you can master the unreal!

These mixed conditionals are often about regret — about something that you wanted to happen that would make life better now.

But they can also be used positively!

So, let’s finish on a positive note.

Think about your life now. Choose something positive about it. How did it happen? What was the past event that caused it?

Tell me, in one mixed conditional sentence, how your life would be different now without this past event.

Leave your answer in the comments, but I’ll get things started with my answer:

“If I hadn’t decided to become a teacher way back in 2004, I wouldn’t be sitting here typing this sentence.”

Did you find this useful? Do you know any people (or giraffes) that might also benefit from this? Then BE AWESOME AND SHARE! Please spread the knowledge!

66 thoughts on “Mixed Conditionals in English — Never Get Confused Again”