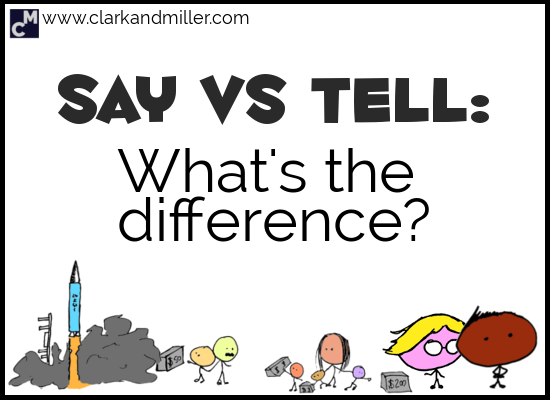 You’re about to learn how to use “say” and “tell” in English. While you’re here, check out How to Use “Get” in English.

“Say” and “tell” may have a lot in common, but their personalities are actually very, very different. 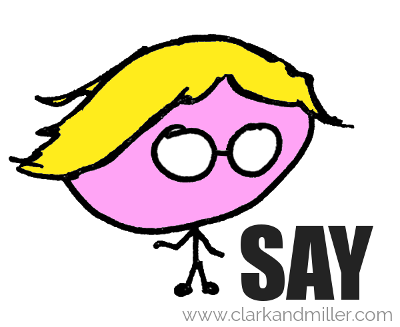 She’s very analytical. She likes to focus on the details. The context isn’t so important to her. She’s just interested in the words. 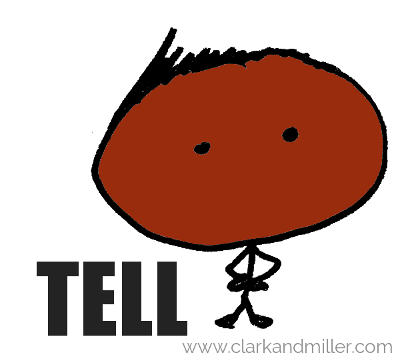 He’s different! He likes looking at the words, too, but he’s also much more interested in generalities. He likes the context. He thinks about the bigger picture instead of the details.

Well, let’s have a look at the big differences (and similarities) between “say” and “tell.”

The main difference between “say” and “tell”

Do you recognise this?

This image shows the main difference between “say” and “tell.”

Use “say” when the listener isn’t important.

If you like, you can also include the listener with “say” by adding “to”:

*This structure isn’t very common as you can tell from this interesting graph:

Oh. And whatever you do, don’t use “tell” without a direct object:

Things that both “say” and “tell” can do 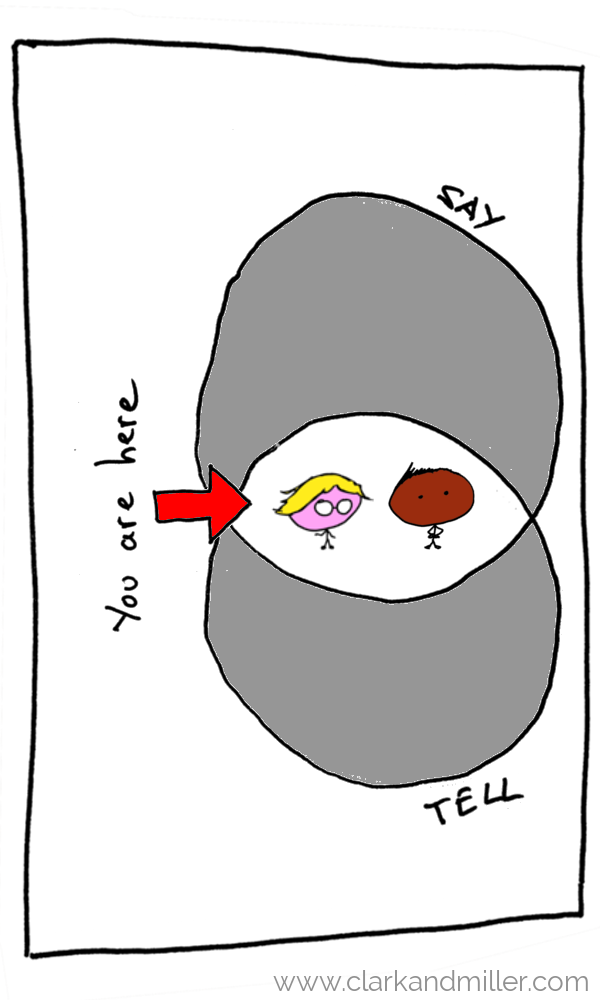 Let’s look at what “say” and “tell” have in common.

In what situations can we use either “say” or “tell”?

The answer is when we use reported speech (or what some people call indirect speech).

You know, when you say what someone else said:

“She said that it was too difficult.”

“He told me he’d love to come and see her play giraffe tennis.”

Now, there are lots and lots of other words you can use to report what someone said, and I strongly recommend using more than just “say” and “tell.”

You can find some very natural examples in my post Why Reported Speech Is a Waste of Time (And What You Should Say Instead).

But, when it comes to “say” and “tell,” you can use either of them for reported speech. Just remember the simple rule: 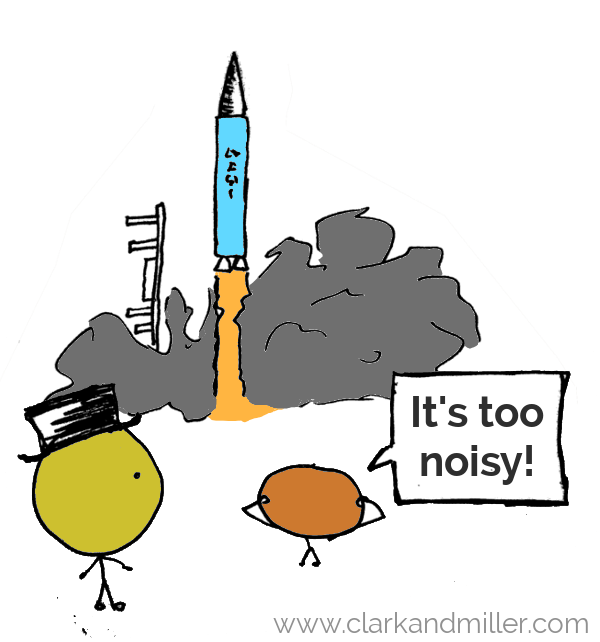 “He said that the spaceship was too noisy.”

“He told me that the spaceship was too noisy.”

Remember that you don’t need to use “that” here:

“He said the spaceship was too noisy.”

“He told me the spaceship was too noisy.”

Good? OK — let’s move on to the more interesting stuff!

Things only “say” can do 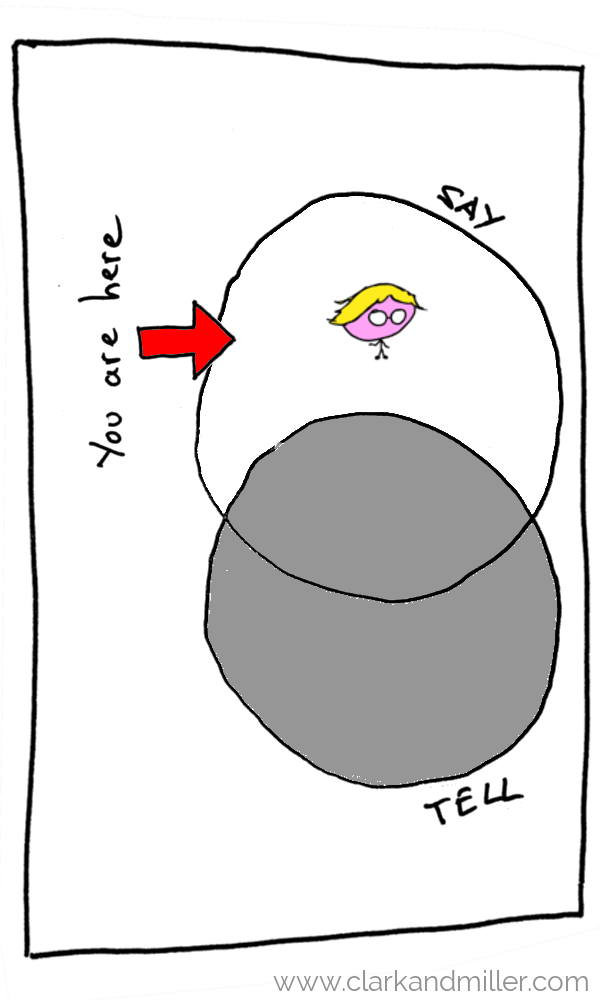 Remember that “say” often focuses more on the actual words that someone says. She’s detail oriented.

“Tell” is better if you want to focus on the information more than the actual words.

That’s why it’s usually much better to use “say” when we’re reporting someone’s direct words.

“As the twins walked into the room, they both looked at me and said, ‘Hello!’ at the same time. It was very weird.”

But we can’t say:

✘“Kubra never tells me ‘Thank you!’ for anything!”

Things only “tell” can do 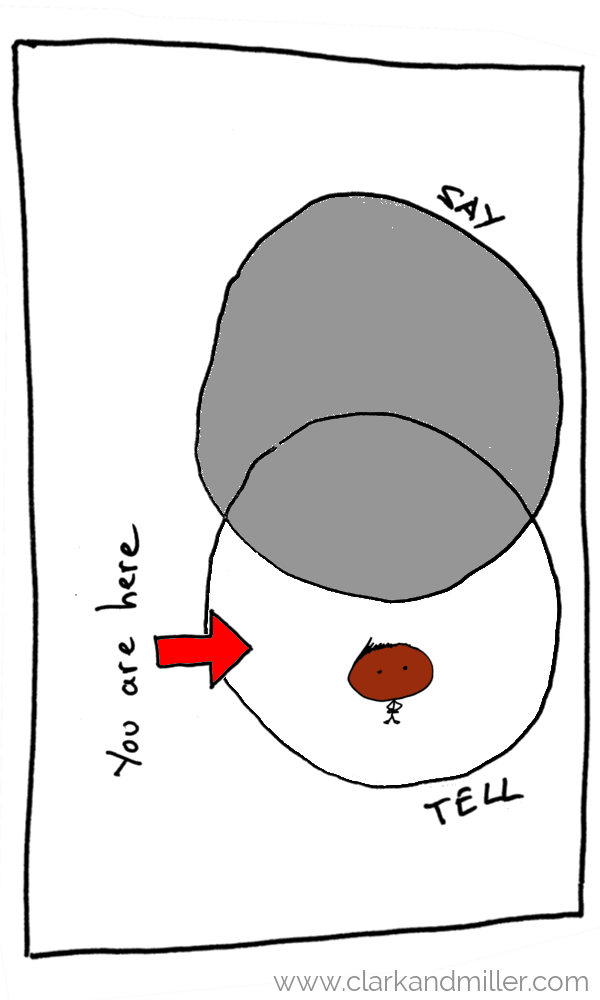 OK. So we’ve seen how “say” tends to focus on the actual words.

“Tell,” on the other hand, is more useful when you want to talk about the general message — when the words themselves aren’t so important.

In a way, this makes “tell” more versatile — we can use it in more situations.

“What are those situations?” you ask with your usual excitement and enthusiasm.

“Tell” to report the general message

We can use “tell” to report the general message instead of what was said.

We do this using this simple structure:

“I can’t tell him what happened! He’ll kill me!”

“We need to tell them where they can park their bikes when the shed’s closed.”

“Shall I tell her how we installed the virus that wiped out the system? Or do you think that maybe she wouldn’t approve?”

You can also report the general message like this by using “about”:

“Tell him about the new Star Wars film!”

“Do you really have to tell me about this? It’s kind of disgusting!”

There are also the phrases “Tell me about it!” and “You’re telling me!”

They mean something like “Yeah I know this as well as anyone else, but I also totally agree!” 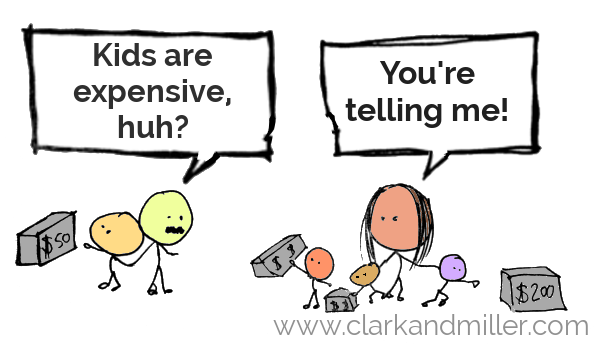 “Tell” to give orders or requests

Orders! Orders that must be obeyed at all times! That’s when we use “tell”!

Actually, it can be orders or it can be requests.

Tell + someone + to verb

And here are some lovely examples:

“Please tell me to stop if you get bored.”

“I’m tired of telling you not to put soya milk all over the laptop! Just … please! Stop!”

“When will you tell him to leave? He’s still there!” 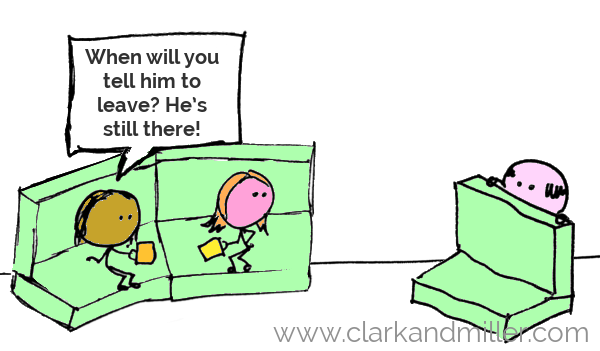 Sometimes, you can also use “say” to give orders.

Say + to do something

But be careful! This one’s a little informal.

“Tell” with a noun

That’s when we use it with a noun.

So we can tell the truth or tell a lie.

We can make people laugh by telling a joke, or we can impress people by telling the future. (Except you can’t. No one can tell the future. Except maybe Meg.)

Sometimes, when you use it with a noun, “tell” can also mean something closer to “understand.”

That’s why, when you’re a kid, you learn to tell the time.

And why you can talk about how difficult it is to tell the difference between the two twins. 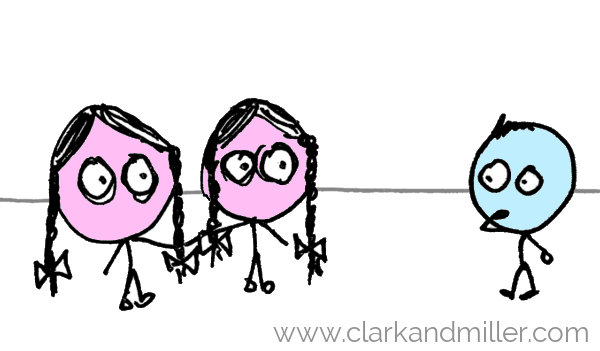 Maybe it’s better not to try and tell the difference between them and … just … run away? 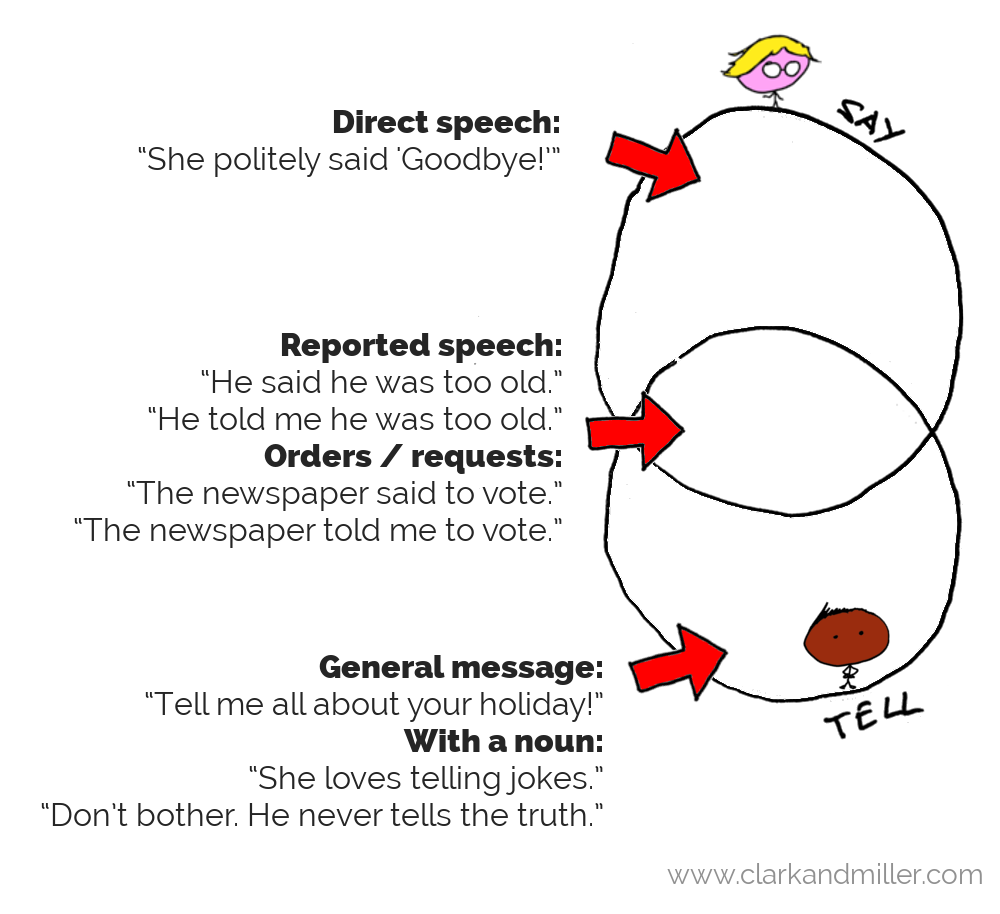 And here it is in a table:

OK. So now you know how to use them, can you answer the questions?

11 thoughts on “Say vs Tell: What’s the Difference?”