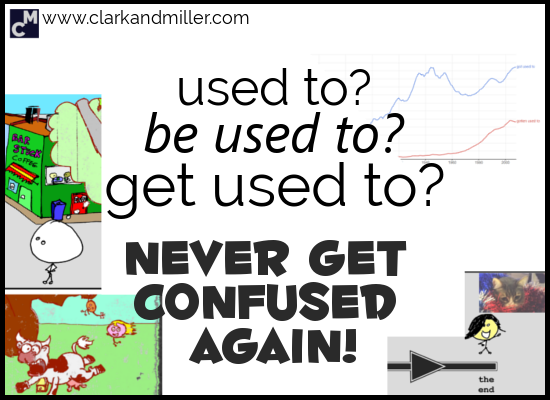 I get it – “used to” can be a little confusing.

And what about “get used to”?

I hear “gotten used to” a lot? Is that correct?

And, as usual, if you look it the right way, it’s kind of easy.

So let’s do that!

“Used to” for past habits and states

“We used to talk about politics a lot. We don’t do that much anymore.”

“Danni never used to visit while we were living in Botswana.”

It’s about stuff in the past that doesn’t happen (or exist) anymore.

Either actions or events that happened regularly:

“Aynur used to come to my house after school every day, and we used to go out climbing trees and chasing cows.”

Or states (rather than actions):

“There used to be trees everywhere – as far as the eye could see. Now it’s just international coffee shops.” 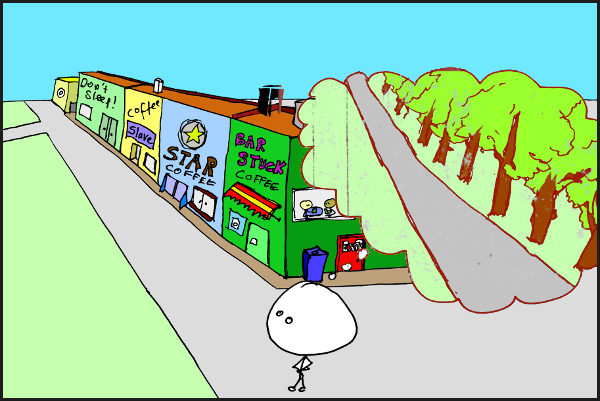 Either way, NONE of this stuff happens anymore.

And those trees? They’re never coming back.

Because there’s a sense of loss (in these examples, at least), “used to” often has a strong feeling of nostalgia — like there’s an old-fashioned film filter over the event: 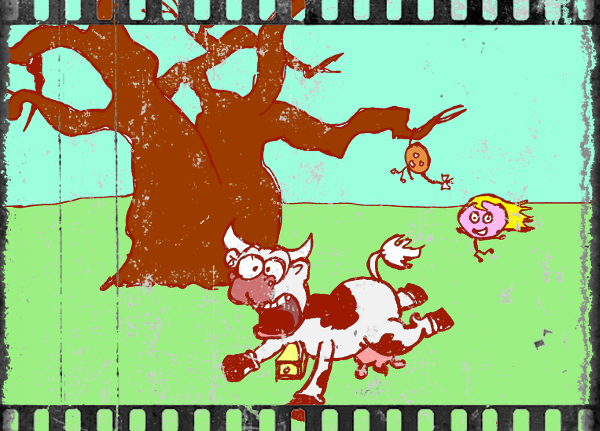 By the way, you can also use “would” in the same way. In fact, it can make the sentence flow a bit better (and sound more nostalgic) when you mix it with “used to”:

“Aynur used to come to my house after school every day, and we’d go out climbing trees and chasing cows.”

But be careful: “would” only works with actions and not states.

So you can’t say, “There a lot of trees everywhere — they’re gone now.”

“Used to” isn’t always nostalgic. Sometimes you can use it to talk about how things have got better:

“I used to be seriously unhealthy. Before I gave up smoking and took up kickboxing, I was kind of out of shape.”

By the way (and I’m especially looking at you Spanish and Italian speakers out there), you CAN’T, repeat, CAN’T put “used to” in the present.

If we want to talk about stuff in the present, we just use the present simple:

“I get up really early these days.”

How to use “used to”

You already know how to use “used to.”

How do I know that?

The structure for “used to” is exactly the same: 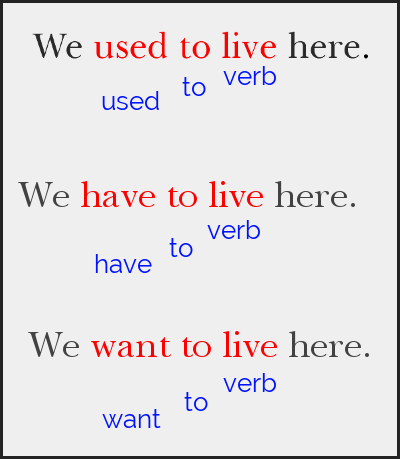 “We had to run to the lake and back in our pyjamas before breakfast. Yep – that job was awful.”

“Freya didn’t want to leave the house. But we told her about the giraffes. Then she was fine.”

“The files all used to be here, in F drive. Why have they been moved AGAIN?!”

“I’m sure that building didn’t use to have two front doors. What’s going on?”

“Have you got used to the new boss yet? I think she’s OK.”

“I’ll never get used to calling him Barry. His name’s Tom! Why did he want to change it?”

You start doing something, like a new job or a new course or you start living in a new country.

And it’s not easy.

At the new job, you don’t know where all the things are.

At the new course, you don’t know anyone, and they all seem to know each other.

And in the new country, you don’t know how the money works, and all you can say in the language is “please,” “thank you” and, for some strange reason, “These trousers are far too short.”

It’s tough – and you feel lost and uncomfortable.

You’re just not used to the situation. 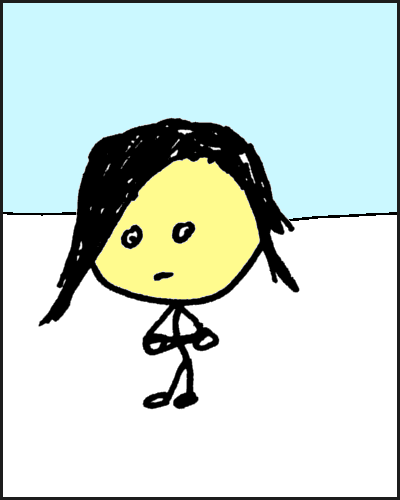 But then, over time, you find that secret cupboard in the new office where they keep all the spare paper and USB sticks.

And you start to get to know the people on your course … and they’re actually pretty cool!

And you figure out that to convert the local money into euros, all you have to do is divide by two and then multiply by 0.888. Easy!

OK. So now we have two points in the journey.

1. When you didn’t know how anything worked, and you felt uncomfortable and weird with the situation:

This is when you’re not used to the new office or your new course or living in Mozambique or whatever.

In other words, you use “be” in the negative.

2. The other end of the journey — when you’re familiar with it all. When it feels normal and not so strange.

This is when you’re used to the new office or living in Mozambique and so on.

This is still a state, not an action, so we still use “be.”

Now, somewhere in between, something changed.

You went from feeling weird about it to feeling accustomed to it.

That’s when you got used to the new office, living in Mozambique, etc.

Again, which tense to use?

And again, this depends on what you need to say.

If you’re still between feeling unfamiliar with something and feeling familiar with it, you might use the present:

“I’m still getting used to the new schedule.”

Or if you’re making a prediction, you can use “will” or “going to.”

“I’m NEVER going to get used to calling him ‘boss.’ Never!”

Or if you’re looking back on the situation and noticing how things have changed, you can use the present perfect:

“It took me a while, but I’ve finally got used to living with 36 cats.”

By the way, with the present perfect, you can also use “gotten,” which is used in some parts of the US.

How we use “be/get used to” in everyday life

Sometimes it’s easier to think of “used to” as a phrase and not a piece of grammar.

And like all phrases, there are certain situations that are more suitable for it.

Here are some of the most common situations where we use “be/get used to.”

To apologise or explain why you’re not good at something
“I’m not really used to doing this yet, sorry.”

To ask someone how they’re doing with something
“Have you got used to Brian’s bad jokes yet?”

To express frustration
“I’ll never get used to doing this! It’s impossible!”

To tell a story about your experience
“It took me some time, but I got used to it eventually.”

To warn someone or encourage them
“It’ll take some time – it’s kind of hard to get used to, so don’t feel bad when you don’t get it at the beginning.”

To say that everything will be fine!
“They’ll eventually get used to it, don’t worry.”

A lot of my students sometimes get a little mixed up between “used to” and “be/get used to.”

A common mistake I hear is “I’m not used to wake up early in the morning.”

They understand the difference in meaning between “used to” and “be/get used to,” but still make mistakes when speaking.

There’s an easy way to look at this.

There’s the short one and the long one.

“Used to” is the short one.

Well, compared to the short one, we have to add something before and something after the long one: 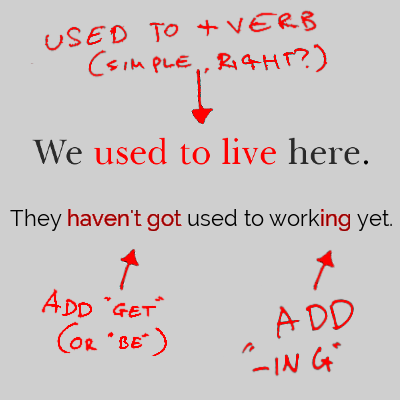 OK! There we have it.

There’s one for nostalgia (used to) and one to talk about the process of going from feeling weird to feeling comfortable (be/get used to).

But before you leave, can you answer these questions?

Leave your answers in the comments, and I look forward to responding to them (and sharing my answers).