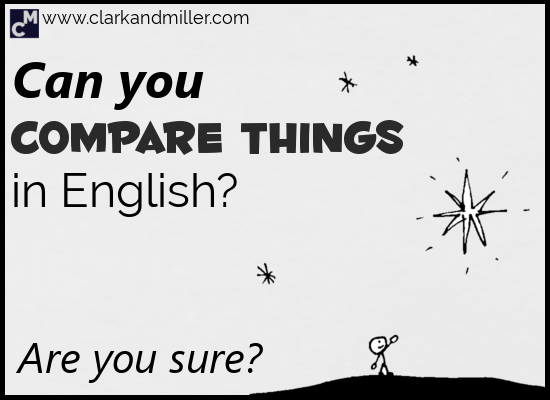 Let’s take a look at some ways of comparing English. While you’re here, check out Money Vocabulary: 42 Words to Talk About Money in English.

What? You don’t know it?

First of all, can you compare these circles? 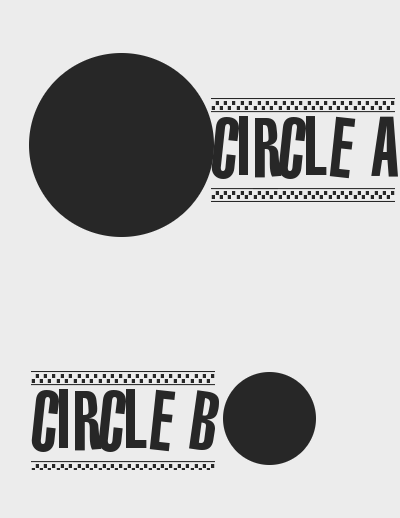 Easy, right? “Circle A is bigger than circle B.”

OK — what about these circles? 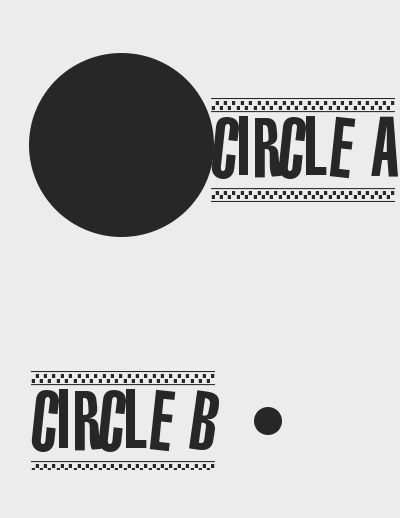 OK — “Circle A is bigger than circle B.”

Did you say, “Circle A is bigger than circle B,” again?

OK. You’re correct, but there are lots of other, more interesting ways to compare things in English.

Ways of Comparing in English: With Adjectives

Remember when you first learned how to compare things in English?

I’m guessing you probably learned to compare things using adjectives — talking about how Moscow is bigger than London, for example.

Or how pasta is tastier than salad.

And why not? Adjectives are probably the most common way we compare things.

But there are lots of different ways we can do it:

Adjectives with one syllable

smart
smarter
even smarter
the smartest

Adjectives with more than two syllables

Making them stronger or weaker

Ways of Comparing in English: With Adverbs

Sometimes we want to compare the different ways people do things.

That’s where adverbs step in:

Ways of Comparing in English: With Nouns

When we want to compare two (or more) things, we usually use adjectives.

But sometimes, the adjective just isn’t quite enough.

Sometimes what you want to say can be better expressed with a noun.

Remember, we can’t use just any noun.

For example, you can’t say that your table is more of a table than my table.

But there are some nouns that have a feeling of opinion about them.

Here’s how to use them:

Ways of Comparing in English: With Verbs

Finally! The real action! The verbs!

Comparing things with verbs is actually quite easy.

You usually just add “more than” to the sentence.

He speaks more than he listens.

Making them stronger or weaker

OK — now for the fun question:

Give me three differences between Elon Musk and a cat.

5 thoughts on “Ways of Comparing in English”