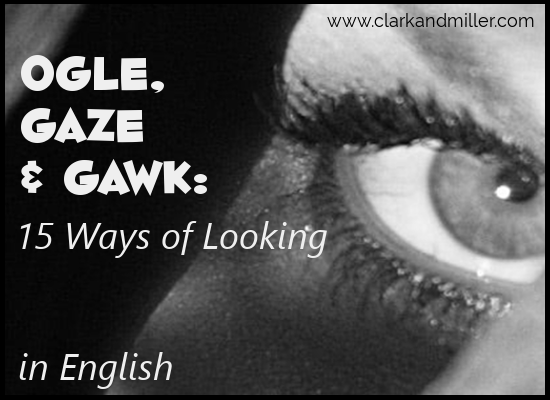 What can you do with your eyes?

Most people would probably answer that question by saying, “Duh. You look with them!”

You can look at things for a long time.

You can look at things for a short time.

If you want to describe the different ways you can talk about looking at things in English, then …

Ways of looking: for a long time 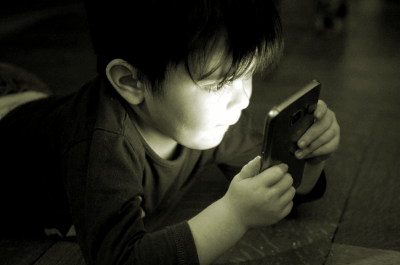 If you look at something for a long time without stopping, then you’re staring.

Sometimes we stare into the distance when we’re lost in our thoughts or when we’re thinking about something deep.

Maybe we’re remembering a really nice birthday or thinking about how much money we’ll need to get that luxury hot tub, or maybe our brain is just switched off completely.

But sometimes, staring can actually be quite aggressive. We can do it to threaten someone or make them feel uncomfortable.

It can make us look powerful.

Staring can also make us look stupid and zombie-like, sometimes.

For example, think about how you look when you’re staring at your phone screen.

“I’ve been staring at my computer all day! I need to go outside!”

Have you ever wondered about the difference between “look” and “watch”?

When you look at something, it’s usually not moving.

So you can look at a picture or train timetable or your best friend’s face.

But when you watch something, it’s usually moving and changing.

That’s why we say “watch a film,” “watch a football match” and “watch Barry make himself look ridiculous with his stupid dance moves.”

It’s basically when someone is looking at you in an intimidating and sexualized way.

And yes, it’s usually (but not always) a man leering at a woman.

Think about the classic stereotype of a woman passing a building site and all the men working on the site just staring at her as she walks past.

“Don’t go to the beach with Barry. He’s always leering at the women.”

Ogling is more or less the same as leering — staring at someone or something in a sort of desperate way.

But it’s not always in a creepy or sexualized way — sometimes we ogle something if we like it a lot.

“She ogled the massive range of hummus, olives and gorgeous-looking bread on the table.” 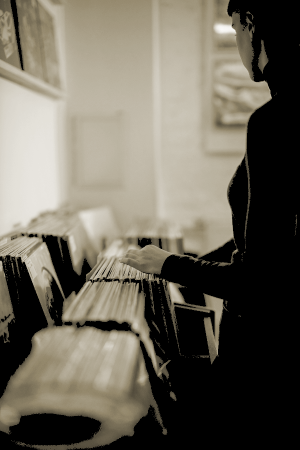 “Tabitha spent the afternoon ogling the record catalogue. She’s such a vinyl geek!”

When you gaze at something, you have a strong, fixed look — you’re looking at something with intent and perhaps even intelligence.

Usually, if you’re gazing at something, you’re probably thinking about what you’re looking at.

Perhaps you’re just sitting down, looking out of the window and gazing at the snow falling.

However, we also have the phrase “gaze into space.” This is when someone is just gazing into … nothing. They’re just staring and seem to be completely lost to the world.

It’s like the lights are on, but Mr Brain is somewhere completely different.

“Ever since they got together, Alex and Jo seem to spend all day gazing into each other’s eyes.”

Remember I said that sometimes staring can make us look stupid?

Well, when we’re staring in a very stupid way — you know, in that way cows stare — then you’re gawking. (“Gawk” rhymes with “talk.”)

“What are you gawking at?”

“Stop gawking! Haven’t you seen a giraffe playing tennis before?”

When you eyeball someone, it basically means that you’re staring at them.

Yep — this is just an informal way of saying “stare at.”

“I think we should leave – I don’t like the way those guys over there are eyeballing us.”

This is the same as “eyeball,” but it sometimes also has a feeling of wanting.

You also have the phrase “eye someone up,” which is basically the same as leering — looking at someone and possibly undressing them with your eyes.

“He eyed me suspiciously as I walked into the room.”

“Watch out: that seagull is eyeing your chips.”

Ways of looking: for a short time

If you glance at something, you look at something quickly and then look away immediately.

We often use “glance” as a noun.

You can “throw a quick glance,” “steal a hurried glance” or “cast a glance” at something.

“While she was walking away, I saw her glance back at me over her shoulder.” 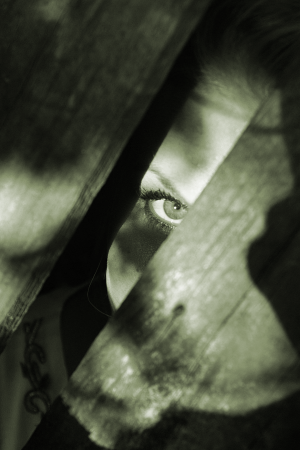 Peeking is just like glancing, but with a subtle difference.

When you’re peeking, there’s an element of secrecy about it. It’s like you don’t want anyone to see that you’re there.

That’s why we often say where someone is when they’re peeking.

“I could sense someone peeking at me from behind the curtains.”

“Take a peek through the keyhole! You won’t believe what’s going on in there!”

“I snuck a peek at your painting while you were out. I know you said not to, but I couldn’t resist. It looks amazing!”

You know the one: you hide your face with your hands, then move your hands to reveal your face, say something ridiculous like “peek-a-boo!” and watch the baby laugh in amusement, but also, somehow, in confusion.

It’s when you manage to see something, but only very quickly or partially, perhaps because it’s difficult to see, or comes and goes quickly.

“She glimpsed a flash of light on the horizon. But it was gone as quickly as it came.”

We also have the phrase “catch a glimpse of.”

It means the same thing but feels less active — as though you really weren’t in control of being able to see what you were trying to see.

For example, you’re in a crowd of people waiting for the Queen of Sweden to drive past. You wait for ages, then all of a sudden her car whizzes past you at 40 miles an hour.

And you only catch a glimpse of her.

Other ways of looking

Think about what it’s like when you’re out on a bright sunny day, and you’re trying to look at something in the distance.

It’s bright and the sun is almost overwhelming.

How do you make it easier to see?

In other words, you close your eyes — but only about halfway — to block out all the extra light.

A huge chunk of people in the world (including me) are short-sighted.

If I’m out without my glasses, and I need to read something that’s quite far away, squinting actually helps a little bit.

“He walked along the beach, squinting in the sunlight.”

When it’s generally quite difficult to look at something — maybe because it’s too dark or foggy — then you might need to peer.

Peering is when you look at something quite intensely but with difficulty.

“Tessa opened the basement door and peered into the darkness.”

This is more of a “looking strategy” than a way of looking, but it’s very useful, especially if you’re studying and need to read lots of stuff.

Let’s imagine you’re taking the TOEFL exam, and you have a six-paragraph text to read and understand before you answer the questions.

Well, before you read it properly, you might want to skim it first.

You skim a text by looking over it, taking in key words and trying to get a general feeling of it before reading it properly.

You can do this by letting your eyes just travel over it without reading everything.

Another skimming strategy is just reading the first and last sentence of each paragraph.

This way, you’ll get an overview of the text.

Scanning is useful after you’ve read the questions, and you know what you’re looking for.

You scan a text by deciding on a keyword or a key phrase (probably related to the question you’re answering) and reading through the text quickly, only looking for that keyword or phrase.

And if you are taking TOEFL or IELTS, then good luck!

“You don’t have to read the whole thing – just give it a quick scan.”

So who would’ve thought that there were so many words out there that mean “look”?

Before you go, let’s practise a bit.